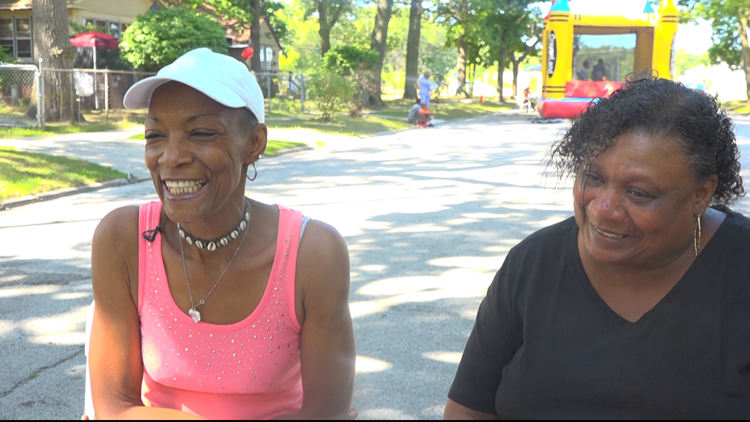 Robin Dowell and Loretta Briggs have been hosting the party for the past 10 years. They give away school supplies and backpacks at the event that sprawls over the 2100 block of Jefferson Street—between W Delano Avenue and W Hackley Avenue.

"We got everything," she said.

Briggs said she got the idea to host the block party 10 years ago after seeing something similar in Detroit.

"We started this and they fun, they have book bags for school, supplies, and we try to get all of that in," said Briggs.

The block was shut down for the party, and kids rode their bikes down the street, played basketball and jumped on a bounce house that was brought in.

Briggs said this event is something the kids look forward to every year, especially after a long summer.

"A lot of the schools and the parks that were around in this Heights area are gone. And so these kids don't have anything to do," said Briggs.

Briggs and Dowell said they raise some money from people in the neighborhood to fund the block party, but a lot of it comes out of their own pockets.

"These are our kids out here," said Briggs.