Muskegon Heights boy talks about potholes with the governor

Monte Scott, 12, took matters into his own hands when he decided to fill the potholes on his road. 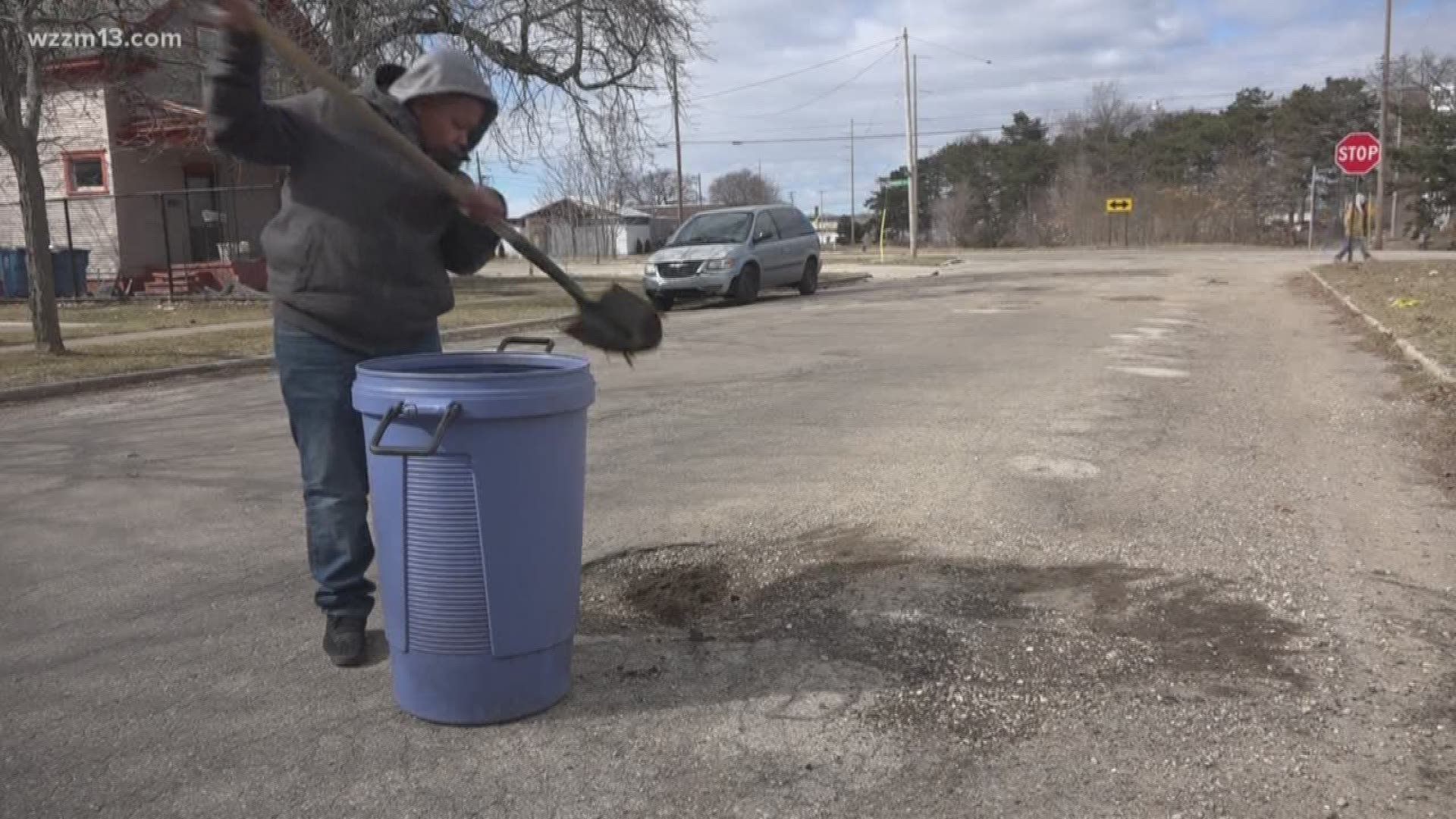 Monte Scott, 12, got a call from Governor Gretchen Whitmer on Friday after she found out that the Muskegon Heights boy had taken it upon himself to fill the potholes on his road.

Monte said he started filling potholes on Maffett Street using a shovel and dirt from his backyard because he didn't want other people to damage their cars like his mom did.

"Tell me why did you decide to go out and start filling these potholes," Whitmer asked him over the phone in a video she posted to Twitter.

"Because the city wasn't doing anything about it" Monte said. "I was just like, you're taking too long, so I just went out and actually did it."

"Wow, you see a problem and you just want to jump right in and fix it, don't you?" the governor responded. "That's kinda how you are. I appreciate that about you."

Whitmer made potholes and the state of Michigan's roads the focus of her 2018 campaign. Her slogan "Fix the damn roads" became the talking point of her run for office.

"As governor, I'm really proud of you," Whitmer said. "You've inspired me today and given me confidence that we're going to be alright"

Whitmer said she didn't know if Monte was going to run for office one day, but maybe she would be voting for him in the future.