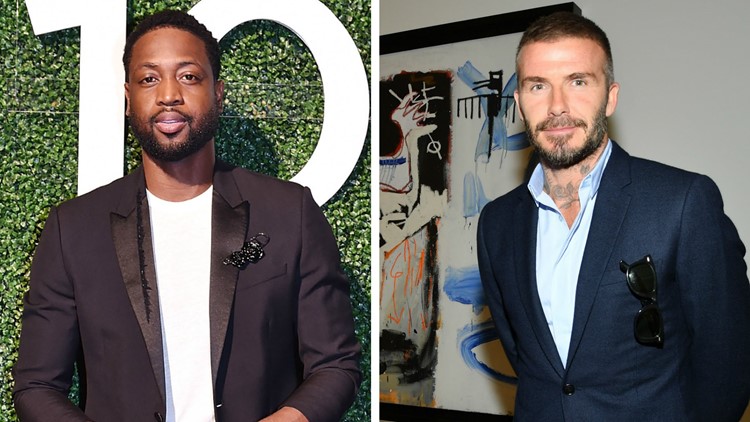 Two celebrity dads, Dwyane Wade and David Beckham, were shamed for kissing their daughters on the lips after they shared Instagram posts of the (offending?) act on the same day.

First, mom Gabrielle Union-Wade posted an adorable shot of basketball star Wade, 36, planting a kiss on their newborn daughter, Kaavia James Union Wade. In the Instagram photo Kaavia's eyes are wide-open as dad gazed upon her, a burp cloth on his shoulder.

But an overwhelming number of fans just made comments about how beautiful the baby was, how happy they were Gabrielle Union finally has her baby. And, interestingly, many thought Kaavia, born via surrogate, looked just like Wade.

Only a few hours later, David Beckham posted a picture of himself kissing his daughter, Harper, on the lips. Fans both criticized and defended him.

It's not the first time the former soccer player, who's married to designer and Posh Spice, Victoria Beckham, has posted such a photo. Even Victoria has shared photos kissing her kids on the lips. And each time, they've gotten slack and support — because apparently parenting is everyone's business.

In his latest post, David, 43, captured a lip kiss with his 7-year-old daughter before ice skating. He captioned the Instagram photo: "Christmas is coming. Let’s go skate♥️"

Of course, people had OPINIONS:

The comments were much the same when Victoria posted a picture of her kissing Harper two years ago.

"Kisses from mummy," she wrote on Harper's Instagram birthday photo.

Haters told to back off

The Beckhams seem to being saying kiss off to their detractors and some of their fans had no problems saying that either.