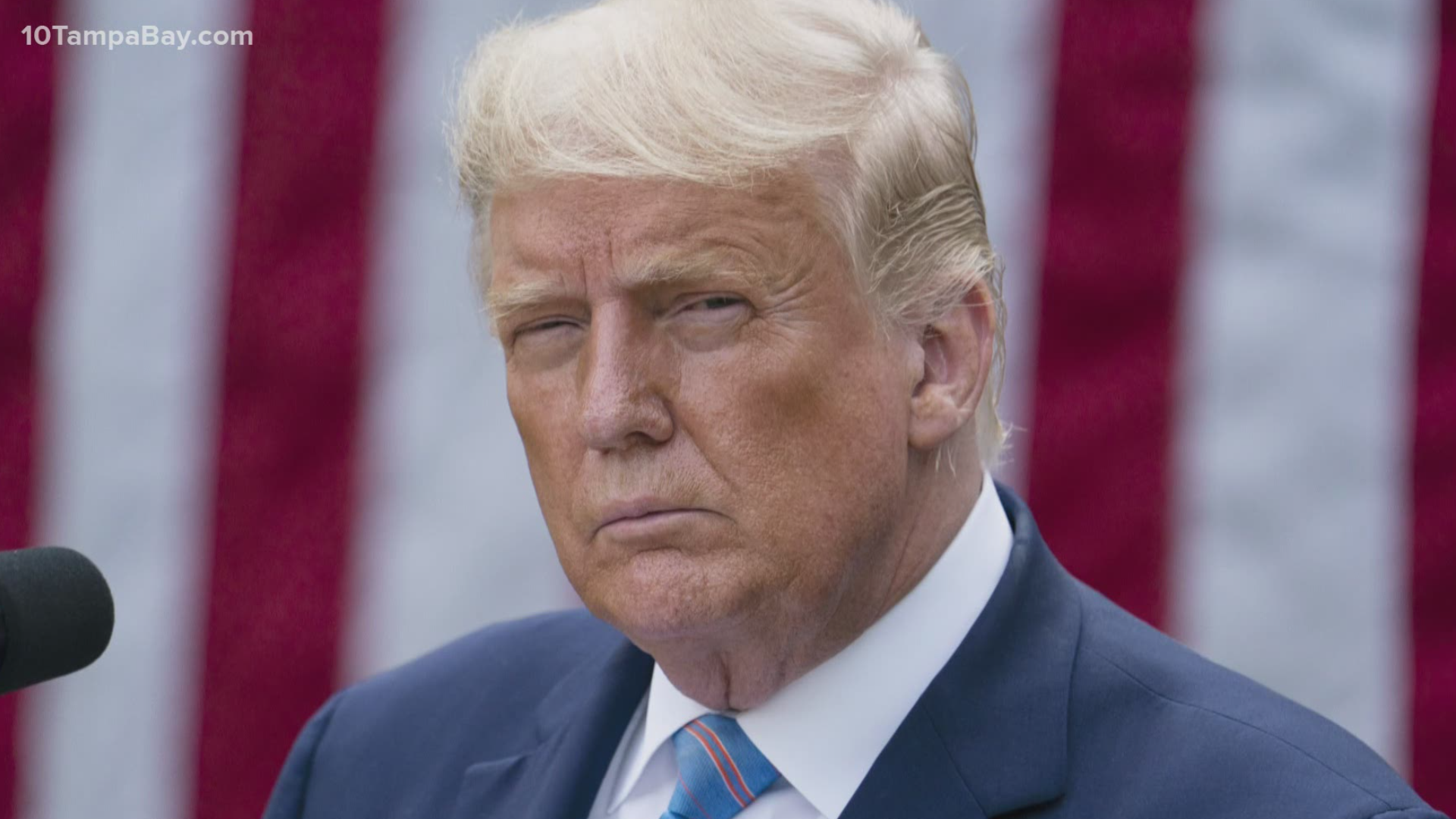 Amid the swirl of activity, the Manhattan district attorney's office is scheduled Friday to meet again with Trump's longtime former personal lawyer Michael Cohen, according to a person familiar with the investigation.

It would be the eighth time he has spoken with investigators working for District Attorney Cyrus R. Vance Jr., dating to Cohen's time in federal prison for tax evasion and campaign finance violations.

The person familiar with the inquiry wasn’t authorized to speak publicly about the interview and spoke to The Associated Press on the condition of anonymity.

In a recent interview with Cohen, investigators asked questions about Trump's Seven Springs estate as part of an inquiry into whether the value of the 213-acre Westchester County property was improperly inflated to reduce his taxes.

Investigators asked Cohen about individuals involved in the appraisal of the estate and benefits derived from its valuation, including a $21 million income tax deduction.

Cohen was released to home confinement last year amid coronavirus fears, and his recent meetings have been conducted via video conference.

Vance's office declined to comment, as did Cohen's lawyer, Lanny Davis. A message seeking comment was sent to the Trump Organization.

Vance announced last week that he would leave office at the end of the year and not seek reelection, but in a memo to staff, he stressed that the investigation wouldn't stop.

“The work continues,” Vance wrote, echoing his short statement after the U.S. Supreme Court ruled last month that he could have Trump's tax records.

The inquiry, according to court filings, includes an examination of whether Trump or his businesses lied about the value of assets to gain favorable loan terms and tax benefits. The district attorney also is scrutinizing hush-money payments paid to women on Trump’s behalf.

After a lengthy legal battle, his office is now in possession of eight years of Trump’s tax records, including final and draft versions of tax returns, source documents containing raw financial data and other financial records held by his accounting firm.

Vance’s focus on Seven Springs involves an environmental conservation arrangement Trump made in return for a tax deduction at the end of 2015, following failed attempts to turn the property into a golf course and luxury homes.

Trump granted an easement to a conservation land trust to preserve 158 acres (60 hectares) and received a $21 million income tax deduction, equal to the value of the conserved land, according to records. The amount was based on a professional appraisal that valued the full Seven Springs property at $56.5 million as of Dec. 1, 2015.

That was a much higher amount than the evaluation by local government assessors, who said the entire estate was worth $20 million. Trump bought the property, including a palatial Georgian-style mansion that once belonged to the family of newspaper publisher Katharine Graham, for $7.5 million in 1995.

In a sign of prosecutors' deepening interest in Seven Springs, Vance's office has sent new subpoenas in recent weeks to local governments in the towns the property spans — Bedford, North Castle and New Castle — following up on an initial round of subpoenas issued in mid-December.

Vance's office has also subpoenaed material from people who worked on projects to develop the property for Trump, including an engineer who said his duties involved presenting plans to the local planning board.

The engineer, Ralph Mastromonaco, said Wednesday that he received Vance's subpoena in mid-February and promptly handed over the requested documents, including records of his work on the property and correspondence with the Trump Organization.

Mastromonaco was subpoenaed for similar material in December 2019 by New York Attorney General Letitia James, who also is investigating whether Trump and his company improperly inflated the value of his assets on annual financial statements in order to secure loans and obtain tax benefits.

“I really know absolutely nothing about this whole mess,” Mastromonaco said Wednesday.

Vance's investigators have also peppered Cohen with questions about the role that Allen Weisselberg played as chief financial officer of Trump Organization.

But it emerged in recent days that his former daughter-in-law, Jen Weisselberg, is cooperating with both Vance's and James' inquiries, according to her attorney.

“She will continue to cooperate fully with the various law enforcement agencies that are investigating her ex-husband’s family and the very powerful interests they represent,” her lawyer, Duncan Levin, said in a statement to AP. “Jennifer refuses to be silenced any longer by those who are conspiring to prevent her from sharing what she has learned over the past 25 years."