US probe of vaping illnesses focuses on THC from marijuana

The CDC says most people who got sick vaped THC, the ingredient that produces a high in marijuana. 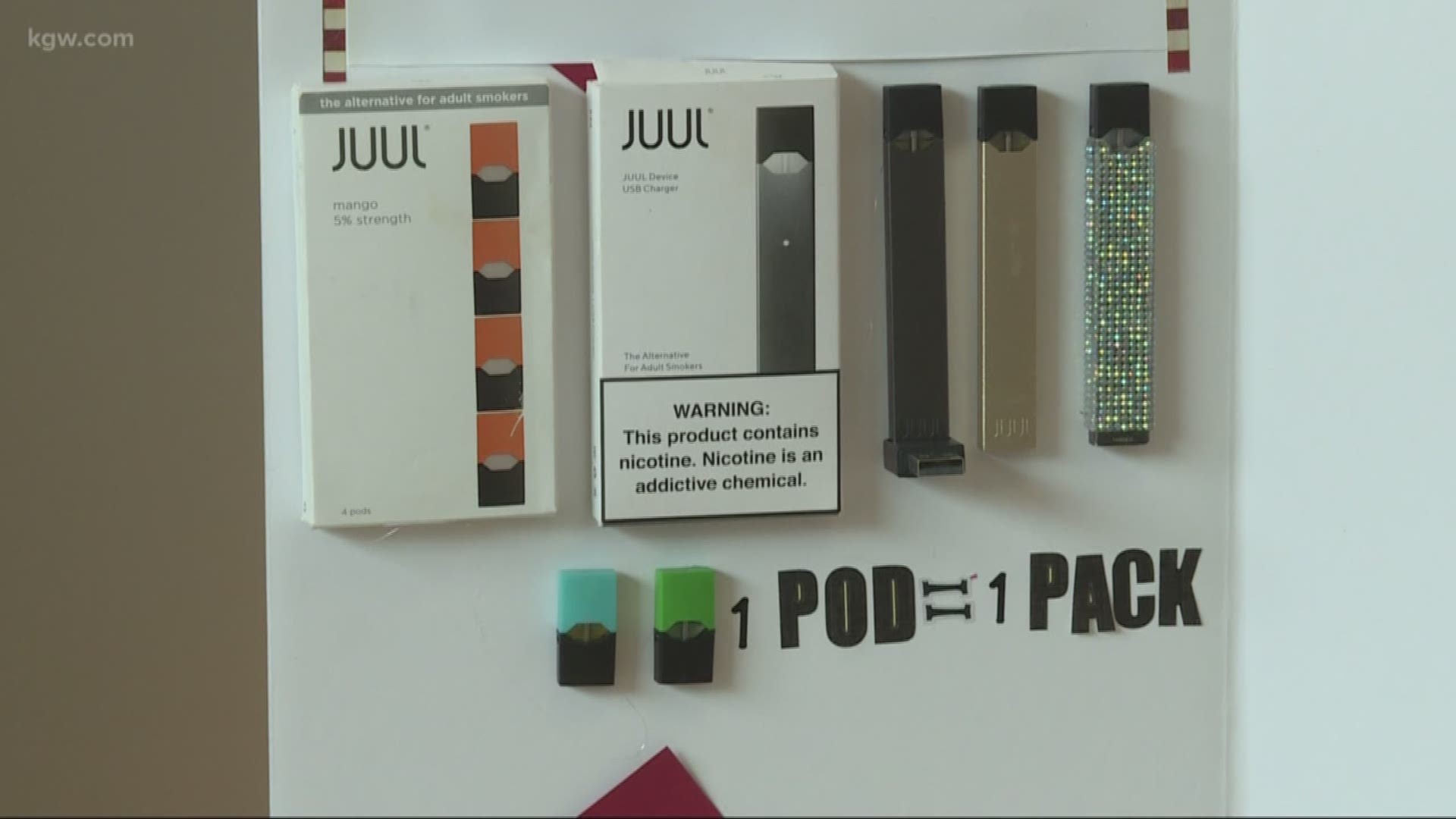 NEW YORK — U.S. health officials said Friday that their investigation into an outbreak of severe vaping-related illnesses is increasingly focused on products that contain the marijuana compound THC.

Most of the 800 people who got sick vaped THC, the ingredient in marijuana that causes a high, according to the Centers for Disease Control and Prevention. But officials said they didn't know if the THC is the problem or some other substance added to the vaping liquid, such as thickeners.

"The outbreak currently is pointing to a greater concern around THC-containing products," said the CDC's Dr. Anne Schuchat.

RELATED: US vaping illness count jumps to 805, deaths rise to 13

Credit: AP
FILE - In this April 11, 2018 file photo, a high school student uses a vaping device near a school campus in Cambridge, Mass. A new study released Wednesday, Sept. 18, 2019, found another jump in how many U.S. teens vape nicotine-tinged electronic cigarettes. About 25% of high school seniors surveyed this year said they vaped nicotine in the previous month, up from about 21% the year before .(AP Photo/Steven Senne, File)

So far, investigators have not identified a particular electronic cigarette, vaping device, liquid or ingredient behind the outbreak. But officials say patients have mentioned the name Dank Vapes most frequently. Many of the people who got sick in Illinois and Wisconsin said they used prefilled THC cartridges sold in Dank Vapes packaging.

"It's a generic product name that doesn't really tie back to one store or one distributor," said Dr. Jennifer Layden, chief medical officer for the Illinois Department of Public Health.

"Folks are getting it from friends or folks on the street, with no understanding of where it came from prior to that," she said Friday.

Until a cause is pinned down, the CDC continues to advise Americans to consider avoiding all vaping products, though the agency on Friday added the phrase "particularly those containing THC."

This week, the CDC reported 805 confirmed and probable cases of the lung illness. Thirteen people have died. Only the U.S. has reported such an outbreak, although Canadian officials this week confirmed that country's first case.

On Friday, the agency provided more details in two reports:

— The first case in the U.S. began in late March. Cases ramped up in late June and rose dramatically in late July.

— Median age for the illnesses is 23. But the median age of those who died is much older — 50.

— Nationally, 9 in 10 cases required hospitalization. Many young and previously healthy adolescents and young adults needed machines to help them breathe.

—The most illnesses have occurred in California, Illinois, Texas and Wisconsin.

— In Illinois and Wisconsin, patients mentioned 87 different product names and many vaped more than one.

Officials continue to find a substantial numbers of U.S. patients — the new report says 16% — who said they vaped only nicotine, and not THC. But the report noted that in Wisconsin, five patients who initially denied using products with THC turned out to have used them.

In Wisconsin and Illinois, recreational marijuana use is currently illegal.

Since 2016, the U.S. Food and Drug Administration has lightly regulated the manufacture and ingredients used in nicotine-based e-cigarettes. But there is no FDA review of THC products, which are illegal under federal law.

The outbreak of illnesses and a surge in underage use of e-cigarettes has brought demands for tighter regulation from politicians, public health officials and parents.