How will Michigan State pay for Nassar victim settlements?

State legislators have said they don't want any tuition money or state aid spent on settlements. 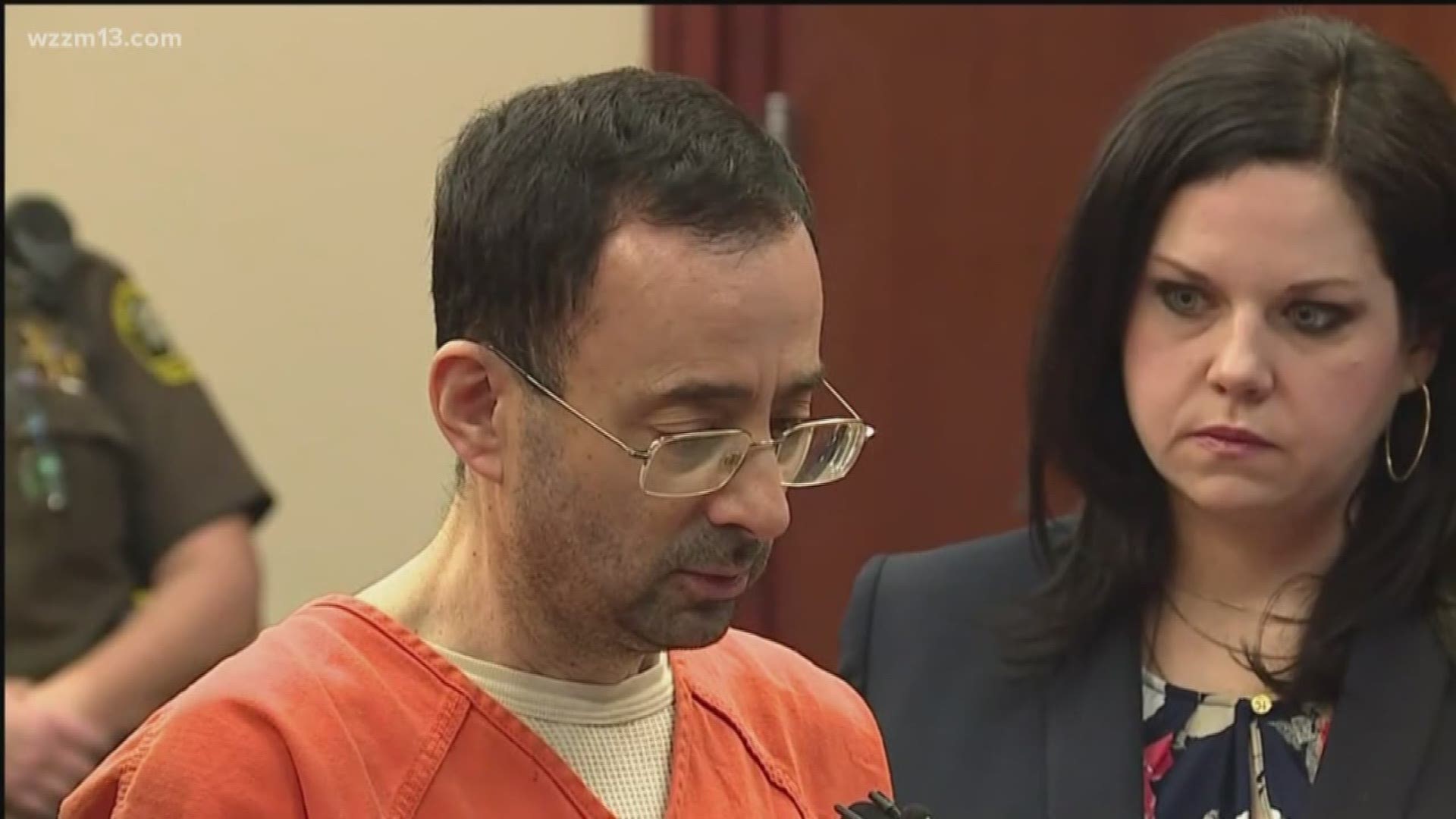 EAST LANSING, Mich. - When each of Mark Thomas' daughters entered high school, he made a deal with them — he'd pay for their college tuition if they'd find scholarships and jobs to cover the rest.

Two of his three daughters have taken advantage of the deal to head to Michigan State University. His third daughter is a high school sophomore who wants to follow in her sisters' footsteps.

That means Thomas is used to writing checks to MSU — and it's why he's going to be very interested in what happens in closed-door mediation sessions between the university and lawyers for Larry Nassar victims, which started last week in New York City.

"I think the survivors deserve huge payouts," Thomas said while on campus visiting his daughters. "MSU could have stopped him (Nassar) decades ago and they didn't. But I worry about how MSU is going to pay for those settlements."

Thomas and other parents and students concerned about tuition costs aren't the only ones carefully watching. State legislators have said they don't want any tuition money or state aid spent on settlements. Several financial rating firms have either lowered MSU's outlook or placed it under investigation as they wait to see a dollar figure.

As for MSU? The university isn't commenting directly on how it'll pay.

"It’s really premature to comment on any possible or pending lawsuits payments," spokeswoman Emily Guerrant told the Free Press. "While MSU is committed to reaching a fair settlement through mediation, those efforts are not finalized yet. In his testimony before the Senate, (interim President John Engler) said that is the first step. So we have no comment beyond that right now."

In many ways, MSU is entering uncharted territory. There's no exact comparison —although Penn State, with its Jerry Sandusky case, comes closest. Sandusky was convicted of sexually assaulting boys while a coach at Penn State and officials there covered it up.

"One clear difference between the two schools' lawsuits, however, is the number of plaintiffs," Roy Eappen, a senior analyst for Wells Fargo Securities wrote in his first quarter higher-education review. "Penn State has at least 35 accusers and the university has paid out $109 million."

That's just over $3 million a victim.

MSU is facing roughly 300 victims, according to figures in court records. At $3 million a person, that's $900 million.

So can MSU handle that type of payout? That's up in the air, financial experts said.

"Though similarly rated, Penn State had better cash flow during the time of its scandal relative to Michigan State," Eappen wrote. "In addition, Michigan State is a more tuition-dependent institution. The reliance on health care revenue by Penn State likely helped insulate the school against concerns in loss of enrollment."

MSU brought in $859 million in tuition revenue in 2016-17, according to its audited financial statements. That's 29% of its total revenue of $2.9 billion. If MSU's reputation has suffered from the scandal, it could see a drop in the number of students enrolling, which could lower that income.

On the other side of the ledger, the university has $1.1 billion in outstanding debt. Ashley Ramchandani, a credit analyst with S&P Global Ratings, said it considers MSU to be in good shape financially with debt and could likely add some if needed.

MSU also ended the last fiscal year with $1.1 billion in unrestricted net assets. That's money that isn't legally contracted to a certain project, but often is set aside for particular projects.

It's like a family's savings account where money is set aside for a new car, a new roof for the house and other projects. It can be switched to something else, or to cover an emergency, but that means those projects can't be covered.

The two biggest chunks of what MSU has set aside its unrestricted net assets for are infrastructure ($557 million) and programs ($400 million).

So what else can MSU dig into to get its money? That depends, experts said.

The school has an insurance policy with about $39 million of coverage. Penn State had to sue its insurance company to get it to pay. Even if MSU's company pays right away, there could be a lot of money still needing to be paid.

"The only real option is borrowing the money," said Robert Kelchen, a professor specializing in higher education finance at Seton Hall University.

He is unaware of any public university that has ever declared bankruptcy, largely because states would step in and bail it out. However, he doesn't think MSU is in any danger of that, thanks its reserves and ability to borrow funds.

There are several lenders out in the market that likely would let MSU borrow money. However, the interest rate MSU would pay would depend on the various ratings agencies and how they see MSU's finances.

If the money is borrowed, then payments would have to be made.

All of that is why Engler has been saying, including during a legislative hearing last month, that tuition is going to have to handle the costs. That didn't sit well with some state senators who have put a provision in the higher education budget — which has yet to be passed — saying no tuition money or state aid can be spent to settle.

The school could raise tuition rates on out-of-state students or graduate students to generate more revenue, Kelchen said, but that carries risk as well. If prices jump, would those students want to go to a school whose reputation has taken a battering in recent months?

And so Thomas and his daughters will wait.

"We love MSU," Thomas said. "My girls are getting a great education here. But I don't see why they have to pay because the administration covered up everything. Fire everyone who knew and didn't work. Don't pay them big payouts when they leave and delay some projects."