BOULDER, Colo. — "While I am flattered to be considered for the head coaching job at Michigan State, I am committed to CU Buffs football for the build of our program, its great athletes, coaches and supporters," Colorado head football coach Mel Tucker tweeted Saturday.

Just three days after denying he could leave Boulder for East Lansing, Tucker is leaving the Buffaloes for Michigan State.

"Mel Tucker informed us that he is resigning as head football coach," said CU athletic director Rick George. "We're obviously disappointed to see him leave. However, we are excited about the upward trajectory of our program, and we're already at work identifying the next head coach to lead our program and our young men."

"Coach is going to do what's best for he and his family and I support that, and he made that decision," said George. "My focus now is moving forward with this program and where we're headed."

Tucker spent only one season at Colorado, posting a 5-7 record. 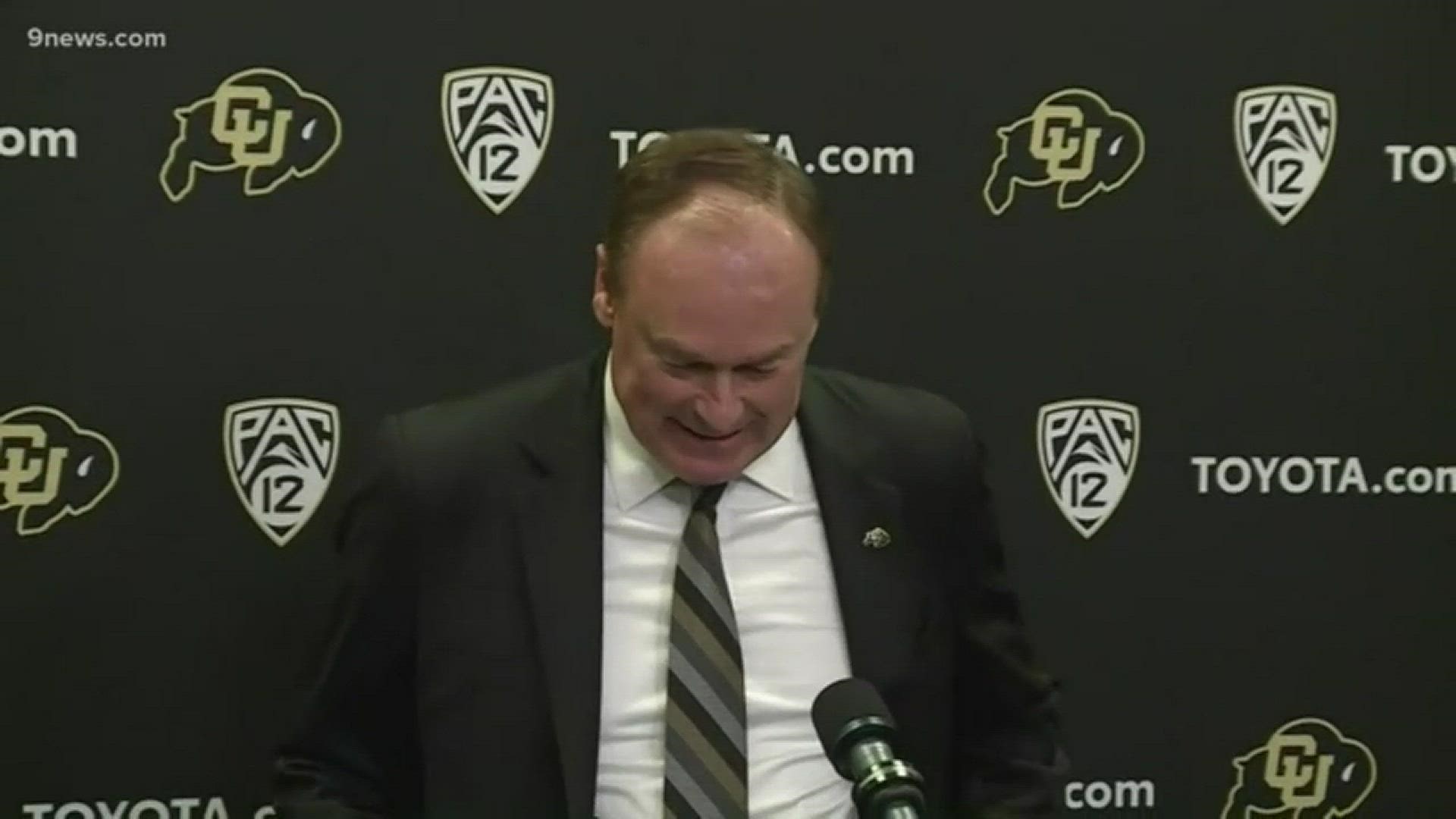 The social media reaction towards Tucker was swift and harsh Tuesday night and early Wednesday morning.

CU football players also reacted to the departure of their head coach.

"The Pride and Tradition of the Colorado Buffaloes will not be entrusted to the timid or the weak!! Shoulder to Shoulder we will fight for our brothers next to us!! Buff Nation stay strong and stay together!" said CU Assistant Head Coach Darrin Chiaverini Wednesday.

RELATED: MIC'd Up: A day in the life of Mel Tucker