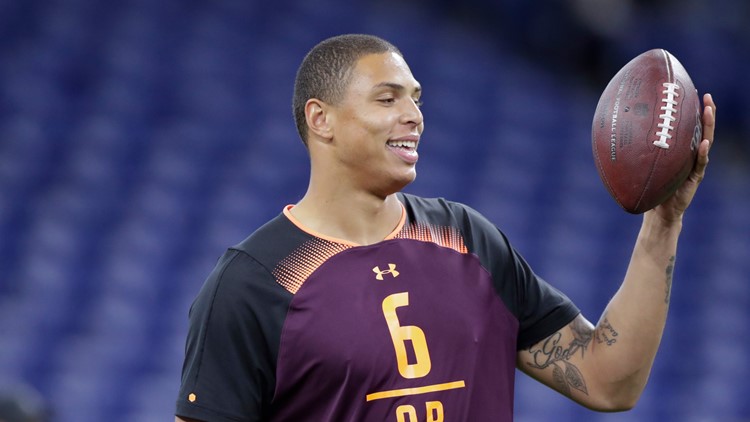 Tyree Jackson, a former Mona Shores student and football player, is set to be signed by the Buffalo Bills.

Jackson, an undrafted free agent, was not among the 11 quarterbacks selected in the draft. But Bills General Manager Brandon Beane announced that he reached an agreement to signed Jackson, a University of Buffalo quarterback.

“We’re still working a deal with University of Buffalo's QB Tyree Jackson, but we have an agreement in place. We’re excited to have him if it works out," said Beane.

At the University of Buffalo, Jackson helped the Bulls (10-4) win a school-record 10 games and reach their second Mid-American Conference championship. In the 2018 season, he started all 14 games, passing for 3,131 yards, 28 touchdowns and 12 interceptions.

The 6-foot-7, 245-pound Jackson had a breakout year in 2018, which prompted draft talk. He left school after his junior season to pursue a career in the NFL.

During Jackson's senior year at Mona Shores, the Sailors went all the way to Ford Field and played Warren DeLaSalle for the 2014 Division II state championship. The ended up losing 44-8.

“I try not to remember the score. But I remember that it was a good experience,” Jackson told the Associated Press about the outcome four years ago.