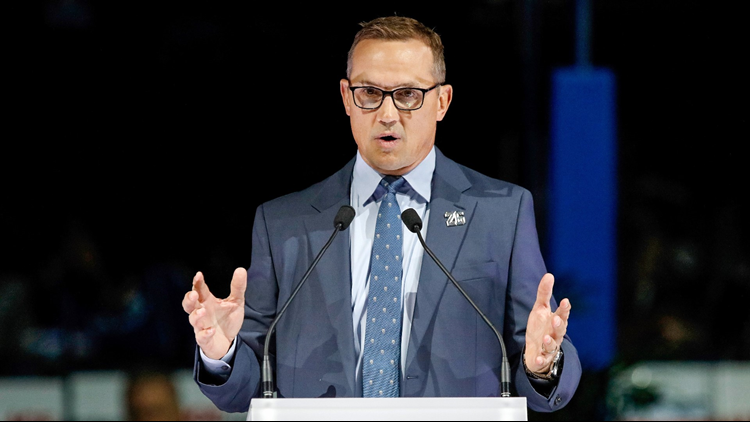 According to several reports, including from our Detroit-affiliate WXYZ and TSN, Steve Yzerman will be named the new general manager of the Detroit Red Wings on Friday, April 19.

The team has called a press conference with Yzerman, current GM Ken Holland and Wings owner Christopher Ilitch at 3 p.m.

Yzerman, 53, has been retired from the Red Wings since 2006. He played for the Wings for 22 years and they were the only team he played for during his career. He was the team's captain and also spent some time in the Red Wings' front office.

He was hired as the general manager for the Tampa Bay Lightning in 2010 until he announced back in September he would step down. When Yzerman announced that he was stepping down, he said it was to "spend more time with his family." He still owns a home in metro Detroit.

Detroit Red Wings fans hold up a sign for Steve Yzerman in the third period of an NHL hockey game against the Tampa Bay Lightning, Thursday, March 14, 2019, in Detroit. (AP Photo/Paul Sancya)
AP