Western Michigan could do no wrong as their offense, defense and special teams all scored touchdowns in the 68-0 win. 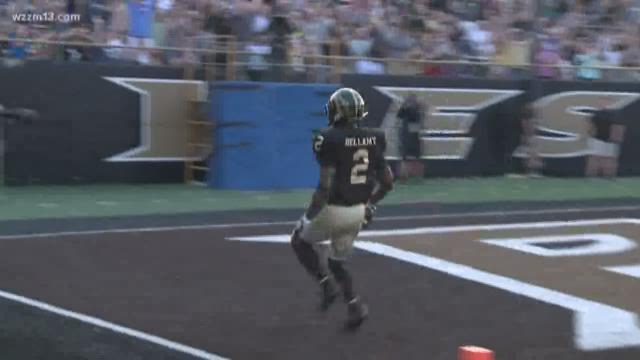 As soon as Western Michigan touched the ball for the first time on offense they went to work.

WMU forced Delaware State to a 3-and-out on the opening drive. On the Broncos' first offensive play, junior running back LeVante Bellamy sprinted 40 yards down the sideline for his third touchdown of the season.

The route was on after that as Western beat Delaware State, 68-0.

The Broncos returned two punts for touchdowns, got a fumble return for a score from the defense, two made field goals from freshman kicker Gavin Peddie and the offense scored six touchdowns in the blowout win.

The shutout was the first for the Broncos since defeating Buffalo 38-0 on November 19, 2016.

WMI improves their record to 1-2 and next week they hit the road to face Georgia State.