According to authorities, several people were in the bed of the pickup truck and three people were riding on the tailgate. 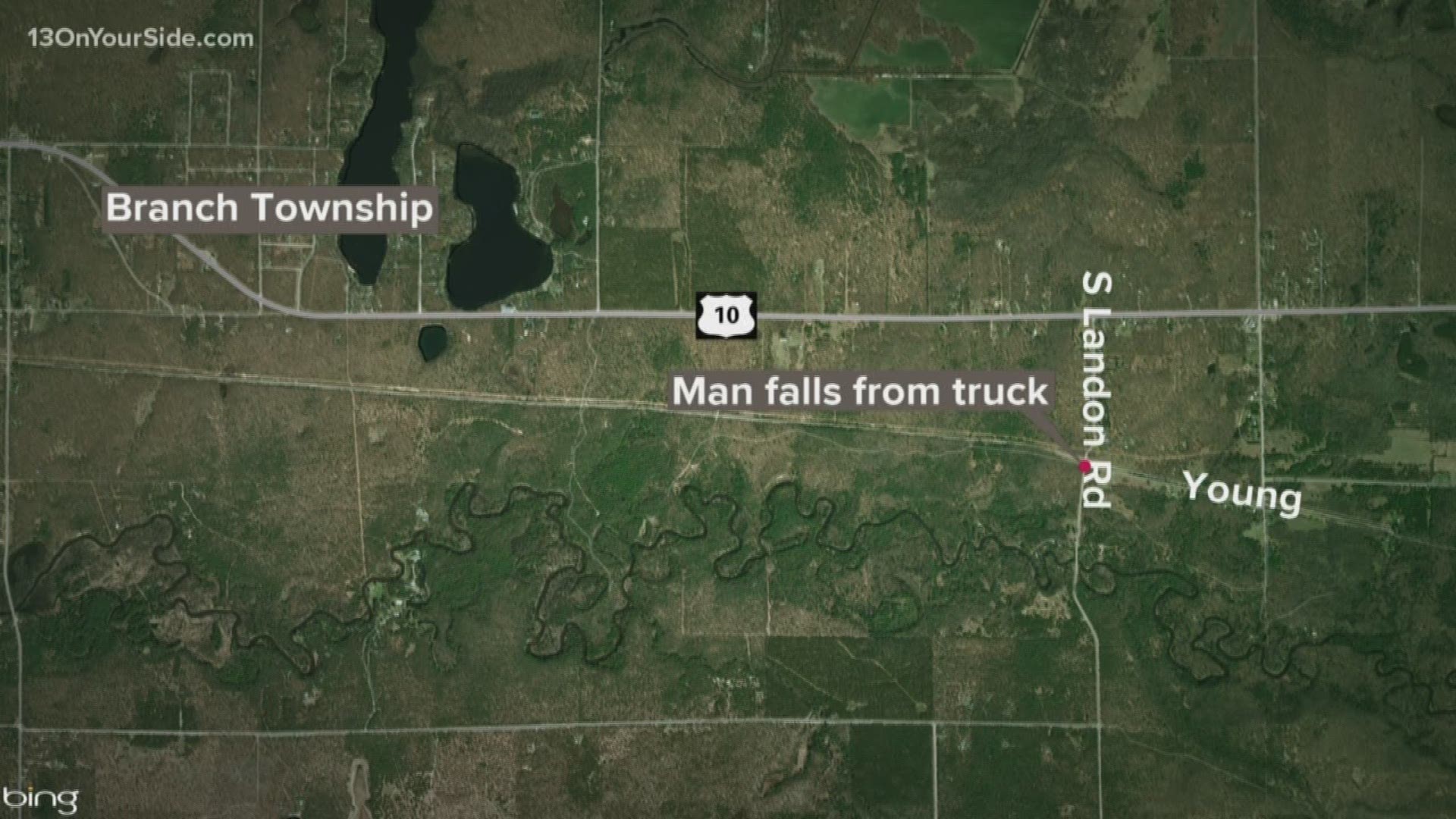 UPDATE: The Mason County Sheriff's Office have identified the man who died after falling off a pickup truck over the weekend and hitting his head on the pavement. The sheriff's office say 47-year-old William Dingman from Crystal, Michigan was the victim in the incident.

According to the Mason County Sheriff's Office, it happened just before 7 p.m. on Young Road, east of South Landon Road in Branch Township.

Investigators say a 2012 Dodge pickup truck, driven by a 42-year-old Grand Rapids man, was going east on Young Road when the driver's sandal got stuck on the gas pedal. Deputies say several people were in the bed of the truck and three people were riding on the tailgate.

A 47-year-old Crystal man, who was on the tailgate, fell off the truck and into the roadway -- hitting his head on the pavement. He was pronounced dead at the scene.

Branch Township Fire, Life EMS, and WMED Medical Examiner’s Office all responded to the scene and assisted in the investigation.

The case remains under investigation by the Sheriff’s Office.  Speed appears to have played a role in the crash and alcohol does not.