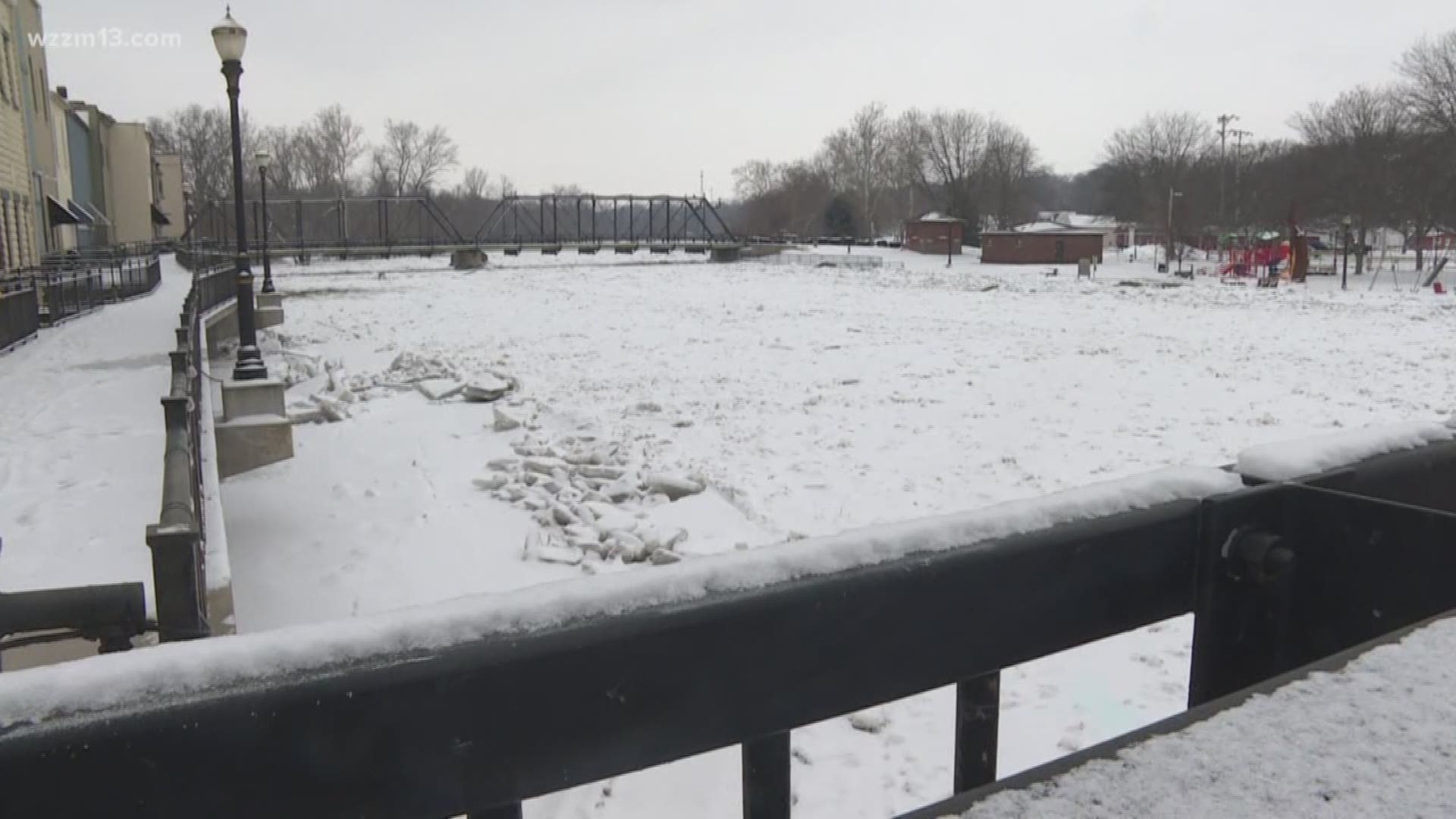 PORTLAND, Michigan — Flash flooding and ice jams prompted the city of Portland to close three bridges on Friday. Over the weekend, the city along with Michigan State Police has been monitoring the situation on the river, and they reopened one bridge on Saturday.

Sunday, the city provided an update on the flooding and said that they are monitoring several ice jams on the Grand River. City officials and MSP conducted a flyover of the area to assess the situation, and this is what they found:

A local state of emergency was declared, getting the foundation established to request a governor's declaration.

"The U.S. Army Corps of Engineers...restated that using explosives or other means to break the ice is not effective and problematic under these conditions," the release said on Friday.

The ice jam and river flooding forced 50 people from their homes in Portland Wednesday.

City, county and state officials continue to monitor the situation.