GRPD: Viral video of arrests outside Stella's Lounge is a 'snapshot' of the incident 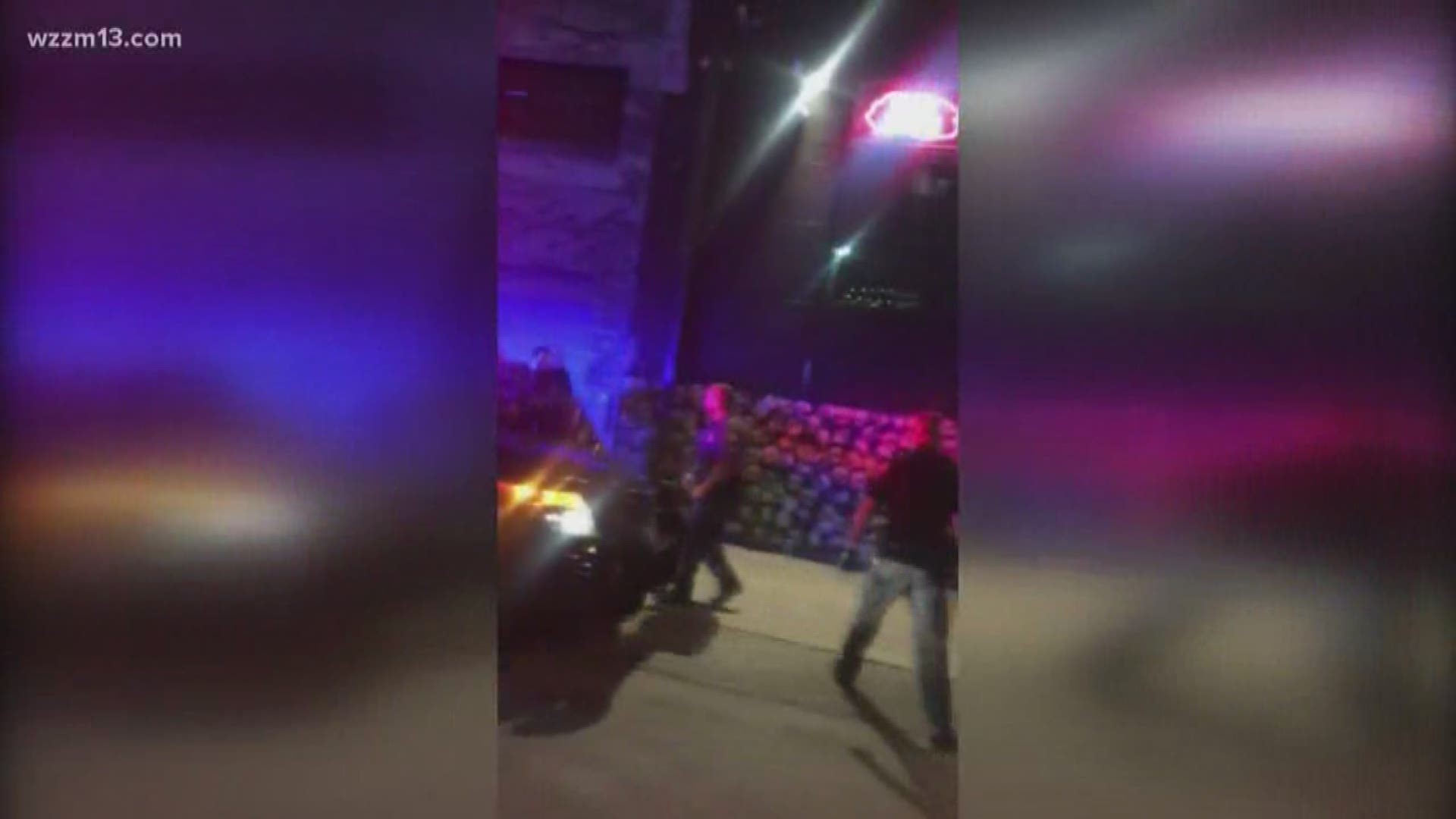 GRAND RAPIDS, Mich. - A video shared thousands of times on social media shows Grand Rapids police taking a man to the ground in an effort to arrest him outside a bar.

The video has been seen more than 150,000 times and has prompted outrage on social media.

The incident occurred late Saturday into early Sunday outside Stella's Lounge on Commerce Avenue, but according to the bar's owner, the people involved were not patrons of Stella's.

Police were called on reports of a double stabbing around 2 a.m., which led to multiple arrests.

GRPD says that when they arrived to the scene, it was chaotic and there was a large crowd outside the bar. About 100 people were crowding around the scene of the stabbing, and "they were already highly agitated due to the fight that had just taken place as well the discovery of a stabbing victim."

Police say that while they were trying to provide medical care to the stabbing victim, the crowd kept closing in on them and more units responded.

"During the on scene investigation, four arrests were made and several officers used control techniques to make the arrests as well as control the scene," GRPD wrote in a statement shared on their Facebook page.

The police department detailed and explained each of the arrests from the night, including those captured in the video:

According to the release, at least three officers had their body cameras knocked off, one of which was allegedly stolen by someone in the crowd.

In response to the video, police say that the clip is "a snapshot" of the incident that lasted about 10 minutes. The video only shows "a portion of the circumstances and depending on which portion is captured, can tell a false tale of events."

Both victims in the stabbing have been released from the hospital and are expected to make a full recovery. There have been no arrests made in connection to the stabbings.

GRPD says that "every use of force application used by a Grand Rapids Police Officer (including compliant handcuffing) is documented in a report and submitted for review by the Internal Affairs Unit, the Training Unit, and the Chief of Police."

The arrests made on Sunday morning will be handled in that way.

A representative for BarFly, the company who owns Stella's Lounge, issued the following statement:

Based on what we know, the incident did not begin at or involve guests who were at Stella’s. We will cooperate with the investigation into the incident shown on Facebook as well as the stabbing, which also did not appear to involve people coming from Stella’s.

If you have any information regarding the incident, and have not yet spoken with an investigator, or you know the whereabouts of the missing body worn camera, you may contact Detective Case Weston at (616) 456-3384, Facebook messenger (@GrandRapidsPD), or Silent Observer at (616) 774-2345/silentobserver.org.