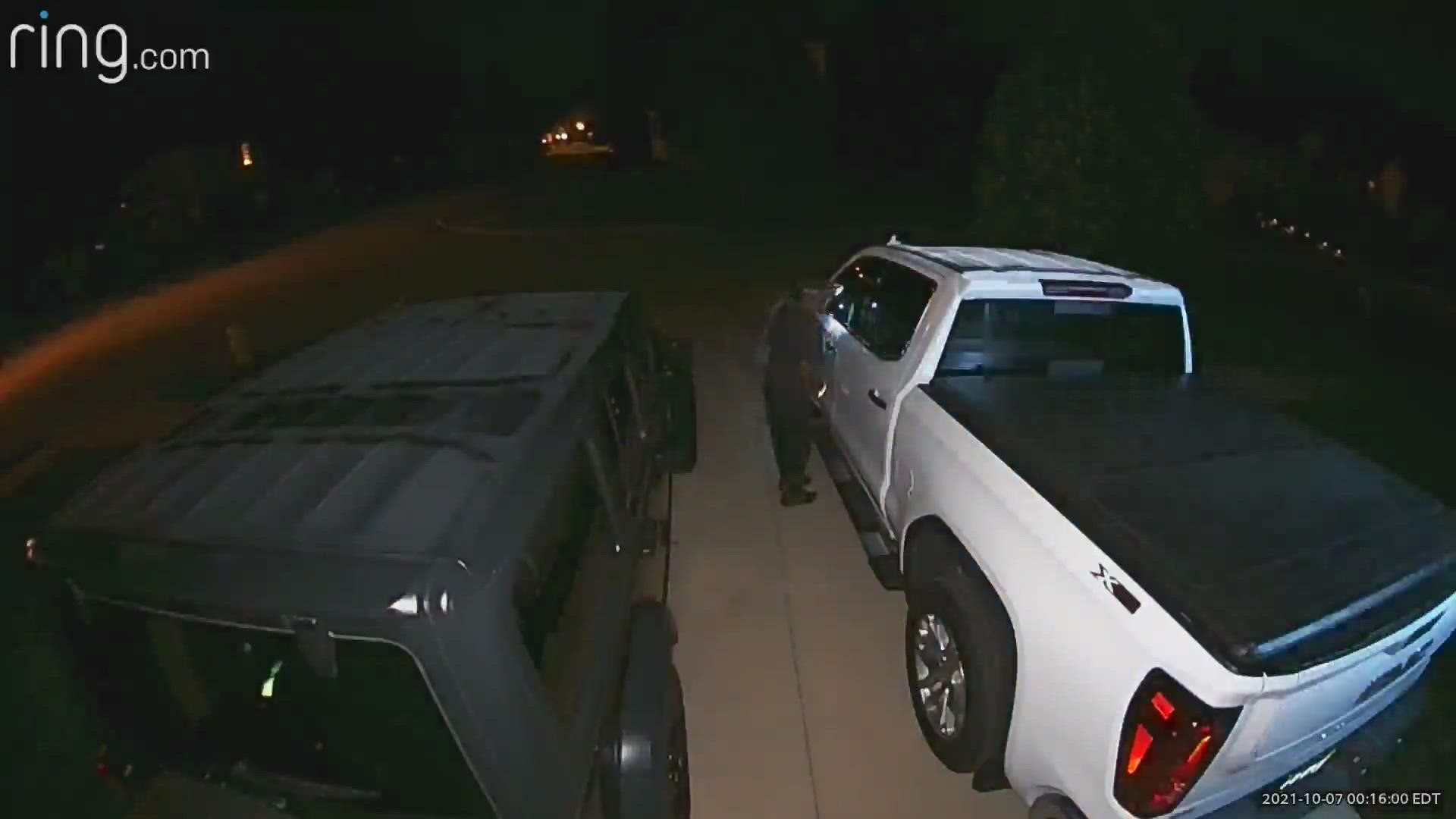 Silent Observer is offering a $1,000 reward for information on a nighttime burglary of a vehicle where a gun was stolen.

Kentwood Police believe this individual is responsible for multiple break-ins in the Kentwood area. Police say he has been caught on two separate video cameras on July 10, and is believed to be responsible for committing the same crimes at the following locations:

Maurice Baker is offering the reward and he lives in the Wildflower Creek neighborhood, and he says the suspect first tried to get into his wife's locked truck, then he got into Baker's unlocked car.

Baker says he's concerned that the person got away with a gun, which was locked inside his car's center console.

"He needs to be stopped," he says. "I'm thankful that he was caught on camera."

Baker hopes that the reward motivates someone to come forward with more information to lead to an arrest.

Baker say it's also concerning that the suspect has managed to break into multiple vehicles over the last year,

"I feel violated, angry, mad and frustrated, that he'll attempt to do something like this, not just to other people, but to do this to me as well," he says.

Kentwood Police still do not know the identity of the suspect and the stolen gun has not been recovered.

Video of the break-in at Baker's home can be found here, and there is also surveillance video of an incident where he breaks into another car and one where he does not.

Anyone with information on the identity of the person seen in these videos is asked to contact Silent Observer anonymously at 616-774-2345 or at www.silentobserver.org. The reward will be paid if a tip leads to the arrest of the suspect.

Silent Observer Executive Director Chris Cameron says some of the best ways to protect yourself and your belongings include looking out for your neighbors, leaving yard lights on and locking up both your house and your car.

"All the law enforcement agencies in Kent County are experiencing a large number of car burglaries, or car break-ins," she says. "It's just getting to know your neighbors and what is suspicious and reporting suspicious sounds or people to police immediately."