"We had to stop a little bit for various reasons, now we’re at the point where we have to move forward." 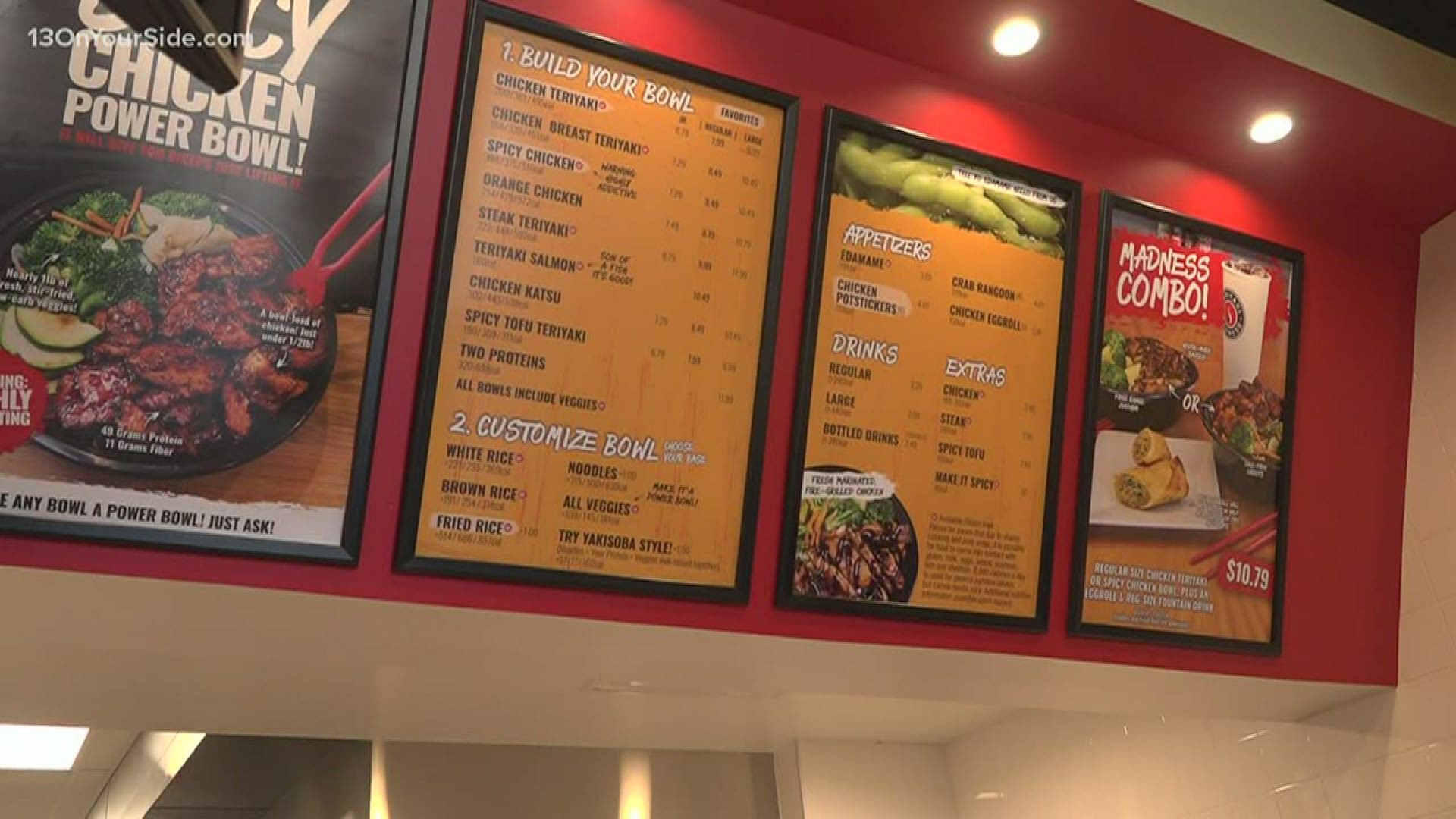 HOLLAND, Mich. — At a time when many local restaurants are finding new and creative ways to stay afloat, one local couple felt it was the right time to open their new restaurant.

It's called Teriyaki Madness, a fast casual concept franchise, run by Kris Dobrowitsky and her husband in Holland. Their Grand Opening is planned for Thursday, May 14.

A lot of time, money, and planning went into getting their new business venture off the ground. For nearly a year, they planned to have their Grand Opening on March 26, 2020.

But that's when everything changed, and executive orders prevented many businesses from operating.

Credit: 13 OYS
Outside of Teriyaki Madness.

"We had some frustrations," said Dobrowitsky, "but when they first came out everyone was so scared. So, we were okay to hold off for a bit. At this point we feel like its time."

Dobrowitsky said they halted their progress for weeks. However, it got to a point where it didn't make financial sense to hold off opening. So now, they will be ready for takeout and delivery meals through GrubHub starting next week.

"Everyone in the community has been super supportive," said Dobrowitsky,  "I've been getting messages asking when we will open, and we’re waiting and we’re waiting, so I’m glad to tell them we’re going to open!"

They will have specials all day, like $5 Chicken Teriyaki Bowls.

Plus, on Saturday, May 16, $1 from every regular bowl will be donated to a local charity called Caroline's Peach. Dobrowitsky said it's a charity dear to her heart, as her friend's daughter, Caroline, passed away from an aggressive brain stem tumor. The foundation works to help other sick children in her memory.

As for the opening a new restaurant during a challenging time, Dobrowitsky said, "Well, you know, if anything… we need to eat!"