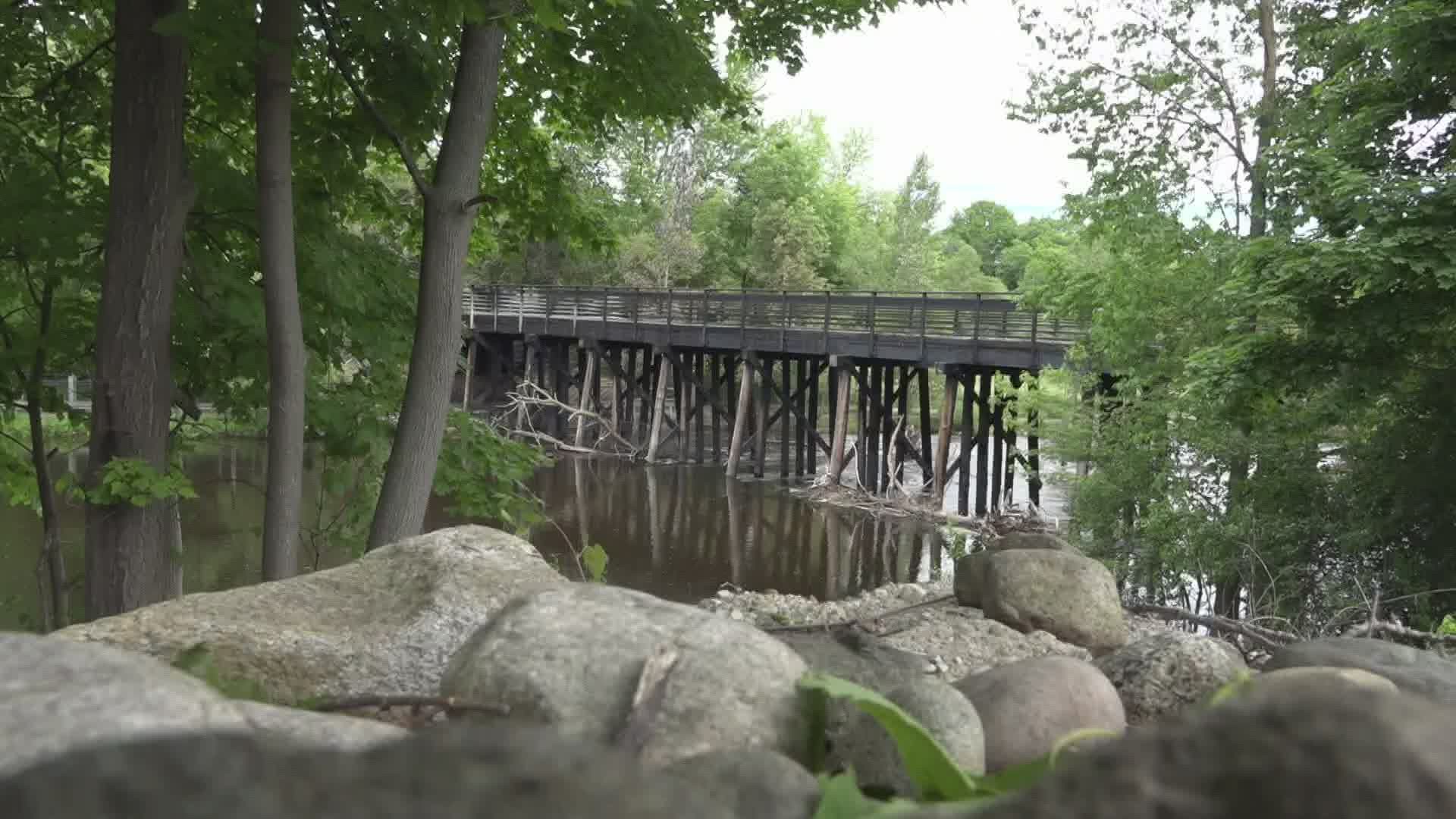 Fire investigators are deeming it suspicious at this time, but no suspects have been identified.

"It looked like something out of a horror movie," said Deanie Rogers, whose backyard looks over the Flat River and the bridge, "It took a lot to set that on fire. It wasn’t just a little accident, in my opinion."

Rogers said some people in the community wonder if this fire is connected to other suspicious fires nearby in December. A fire destroyed a warehouse used by the Flat River Community Players, a performing arts group. Then, just a few days later, another fire ripped through the Keystone Automotive Industries facility. The source for either fire is still unknown.

Greenville Public Safety director Dennis Magirl said he can't draw a connection between the fires at this time. However, he acknowledges the similar proximity between them.

"And with this trestle fire being in the same general area as the players club fire," said Magirl, "The conclusion is that particular area is fairly secluded. It's a corridor for the trails, the Heartland Trail and the Fred Meyer trail here in Greenville."

Magirl said they are still trying to rule out if lightening struck the bridge, or nearby electrical wires set it on fire.

Police say the trestle is not a total loss. The heavy timber construction is still intact.

"The bridge itself was built in the early 1800s to support heavy train traffic," said Magirl, "So, the amount of charring and time of burn, I don't believe that it compromises the bridge. But we'll get an okay from the engineer."

Rogers said it's upsetting to see the bridge burnt, and calls the area around the trail "beautiful."

"It makes you afraid to go to sleep at night because it’s happening so much," said Rogers, "I hope they find out who did it or they’ll keep it up until they hurt someone or kill someone."

Anyone with information on the fire is asked to call Montcalm County Central Dispatch or silent observer. 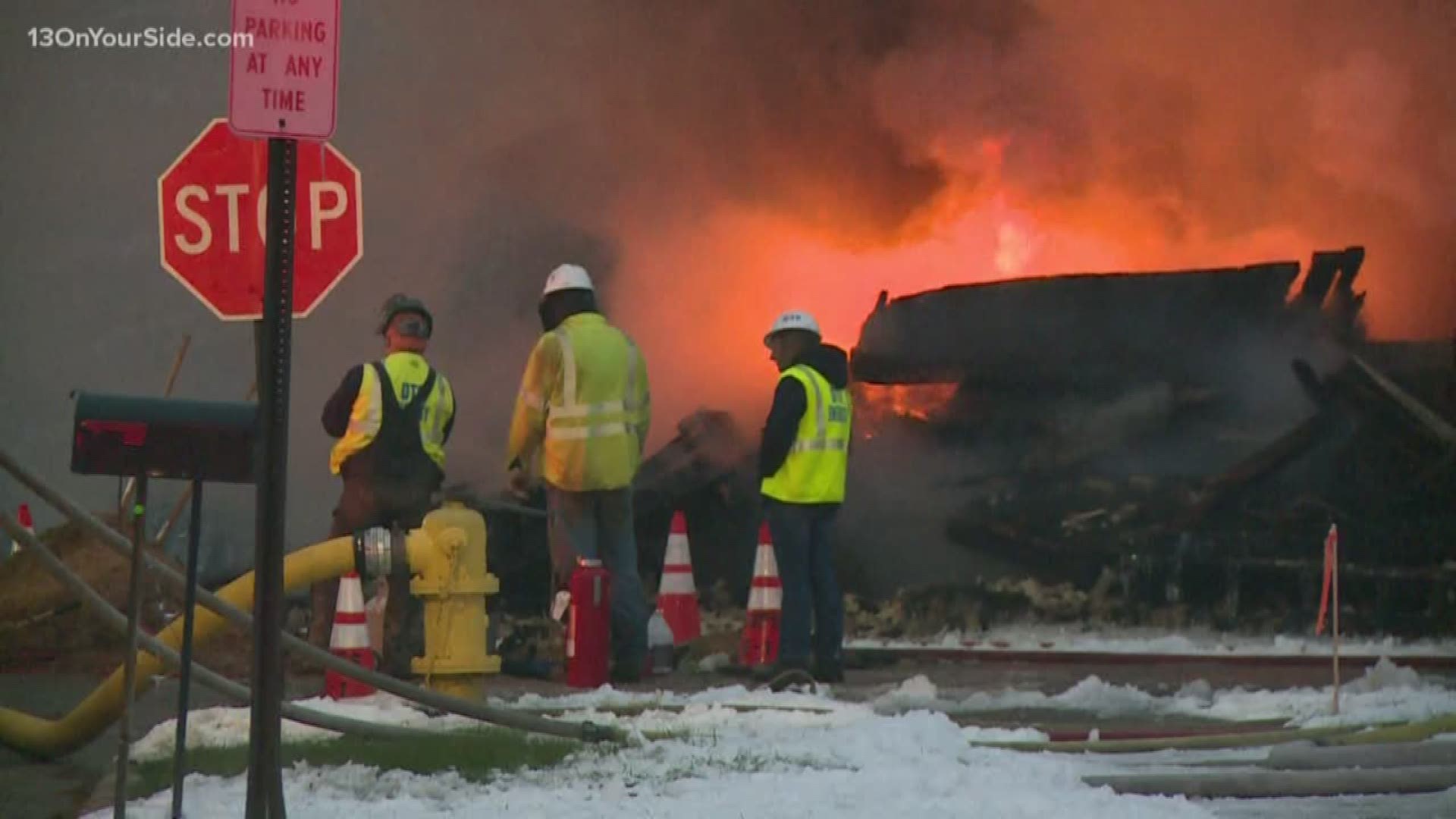