The hijackers overtook the mic and screens, sharing racial slurs and sexually explicit images on screen. 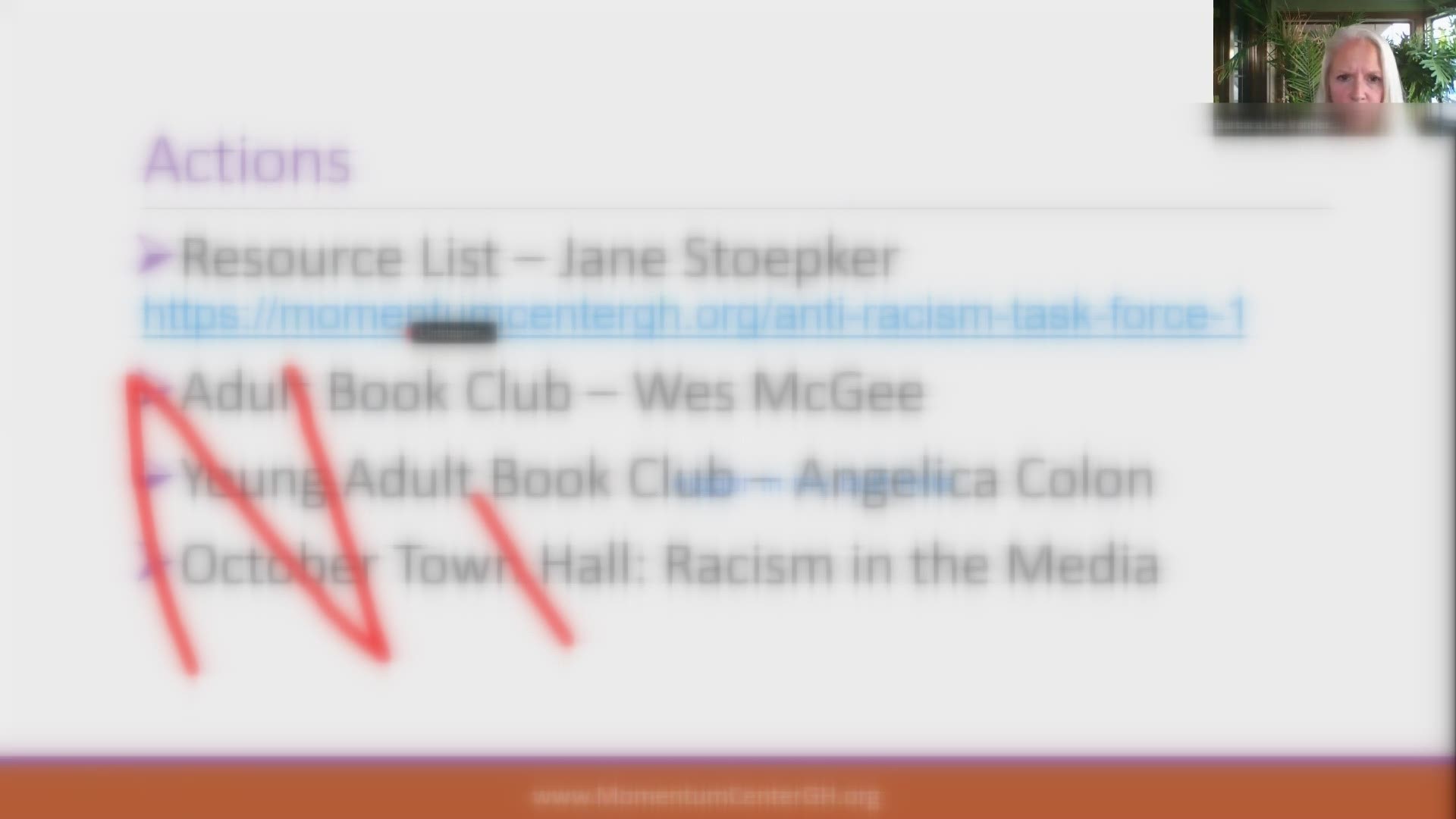 SPRING LAKE, Mich. — On Monday night, Spring Lake community members gathered for a virtual town hall concerning race and racism in the community. However leaders say what was intended as a safe area for public conversation turned traumatic for many as a series of hijackers overtook the meeting throughout the evening.

"It was ugly and vile and relentless," organizer, Barbara Lee VanHorssen, said, "We ended up locking the meeting so that nobody else could come in, which means we also locked out some people who wanted to be part of this conversation."

The town hall was part of the new Anti-Racism Task Force in the tri cities. It's run through the Momentum Center for Social Engagement and has more than 30 supporting partners around the area, such as Hope College, Grand Haven Area Public Schools and the Tri Cities Family YMCA. Its goal is to address concerns of racism in its communities and provide a safe place for growth and change.

Zoom bombers took to the meeting's message board, writing slurs like the "N" word repeatedly. While moderators worked to kick out the unwanted guests, individuals were still getting into the chat, drawing sexually explicit images and words on the shared screen, overtaking the audio and shouting racial slurs. Others shared pornographic images on screen.

"Those of you who witnessed that, now you have something you can share with people who say there's no problem with racism in our community and in our society," panelist George Barfield said in the meeting.

During a discussion on White consciousness,  zoom bombers overtook the microphone and could be heard planning their next interruption.

Moderators tried to push through the meeting, carrying on with topics such as White allyship and communication guidelines.

The Momentum Center for Social Engagement took to Facebook on Tuesday to address the incident. The taskforce has reported the disruptions to the Ottawa Counties Sheriff's Office as well as Zoom.

Last night we were undeniably confronted with the painful, grim reality of racism. A large group had assembled online...

Posted by The Momentum Center for Social Engagement on Tuesday, September 29, 2020

Despite the interruptions, VanHorssen said the taskforce was able to gain control eventually and carry on a meaningful conversation. However, she said that doesn't take away from the trauma many experienced through the cyber attacks.

"One of the things this does is it really hammers home to those of us who have the privilege of being white, how much we're asking of our friends and family and loved ones who are people of color when we ask them to be vulnerable and share their experience," VanHorssen said, "They are putting themselves at great risk of this kind of emotional abuse."

The group plans to move forward with another virtual town hall in October, which will center on media and editorial coverage of race as well as race relations. They are working with law enforcement, Zoom and officials at Grand Haven Public Schools to create more security. Dozens of commenters on the forum's message board said they hoped to attend another meeting.

RELATED: Debate was a "low point for America"

"It was an excellent demonstration on why we need to have these meetings. It confirmed our concerns about race and racism are alive and well," VanHorssen said. 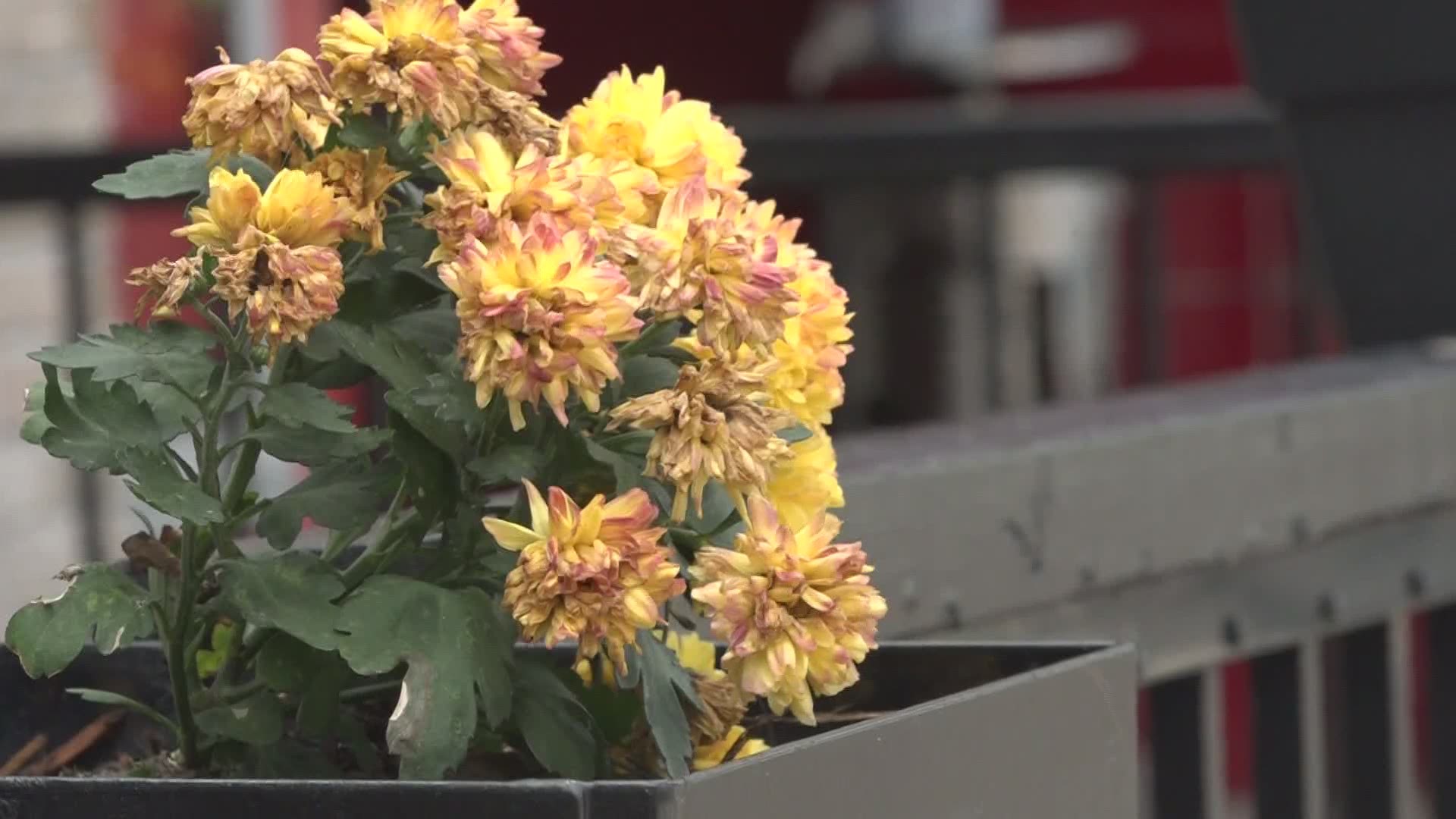