Athletes will adjust to wearing masks, but it's not a health risk, doctors say 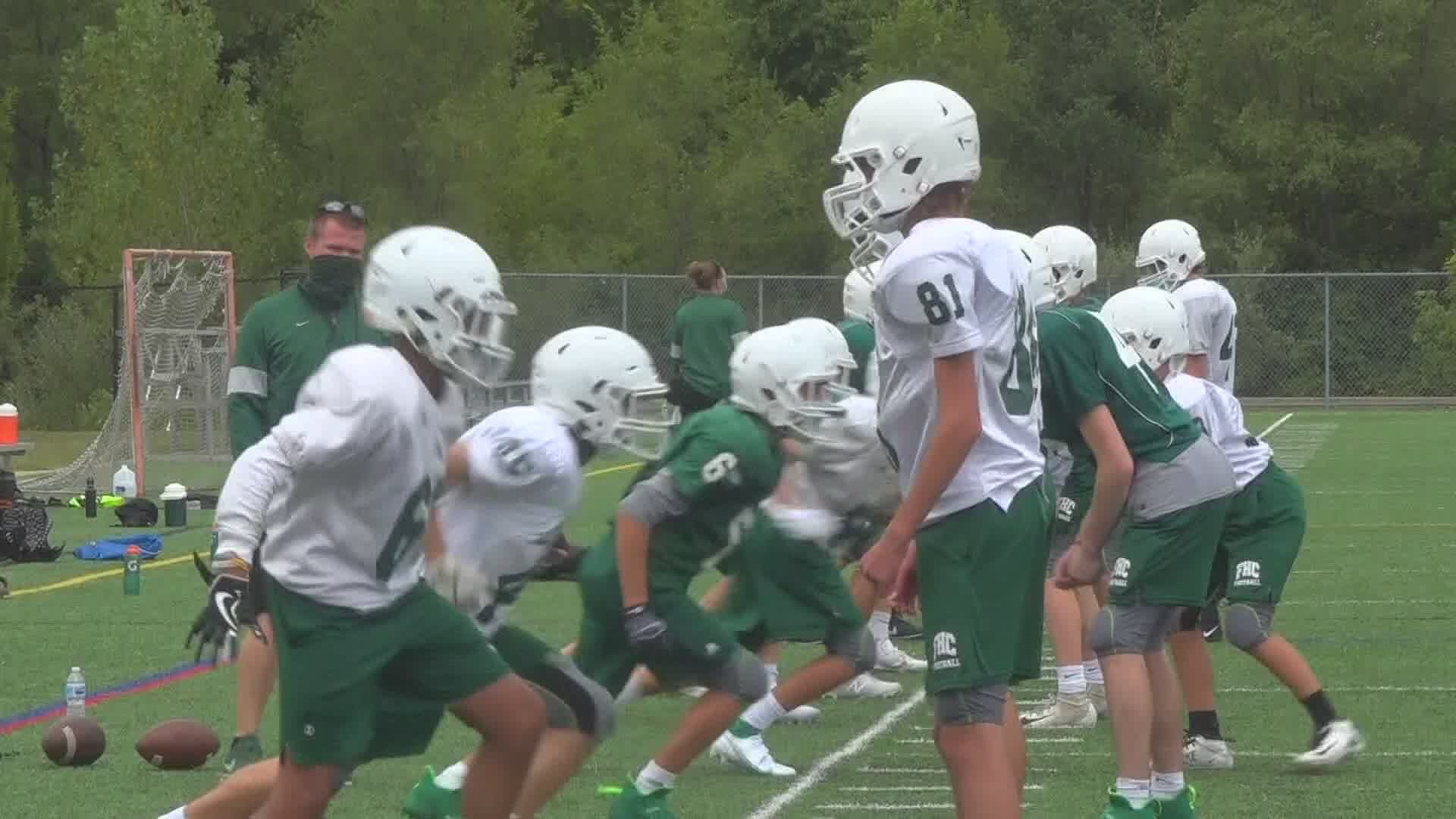 The mask mandate is unpopular among many coaches and players, but health and science officials say it is safe.

Earlier this week, Gov. Gretchen Whitmer clarified with an executive order that soccer, football and volleyball players must wear masks while they practice and compete as the state continues to fight off COVID-19.

Grand Rapids Union High School football coach Don Fellows said they will do what it takes to continue with the season, which until recently was off the table. But, he said he hopes something changes with the mandate.

"I think everybody kind of has their own opinion on this and I guess mine is I wish we could play without them," Fellows said, citing players having difficulty communicating on the field and breathing when the mask gets wet.

As far as a health concern, Dr. Daniel McGee, a pediatric hospitalist at Helen DeVos Children's Hospital, said there is no danger to playing with a mask.

"I think it's more of a mental thing than it is a physical thing," McGee said.

He said more than anything it will be an adjustment for athletes to get used to. A sentiment echoed by Dr. Ross Sherman, an associate professor in exercise science at Grand Valley State University.

"If you're a normal, healthy, active individual especially if you're an athlete on a team and you have medical clearance there should be no underlying reason why the mask is going to impair you," Sherman said. "Your brain will soon adjust to it and it'll become like second nature."

But, Sherman said he understands why coaches and athletes are concerned.

"I can understand completely," Sherman said. "Just instinctively putting a covering in front of your mouth is going to increase some level of anxiety or create an unfamiliar environment and I think for an athlete the more you can control the better you can perform."

He is advising athletes to carry out short exercise tasks to familiarize with the feeling of heavy breathing with the mask on.

Both Sherman and McGee said that masks do not filter out oxygen or retain carbon dioxide in amounts that would affect the body. When it comes to players with underlying health concerns, like asthma, McGee says they likely shouldn't be on the field or court.

"It's kind of my feeling that if you have bad enough respiratory problems that a mask is going to interfere with your activity, then you probably shouldn't be doing that activity right now," McGee said.

McGee advised that masks should consist of three layers, and advised against gaiters, which are permitted by the Michigan High School Athletic Association.

"It's also been shown that wearing things like gaiters can do more harm than good, and actually promote more of a spread of the virus than not wearing one at all," McGee said.

McGee said athletes should be bringing multiple masks to competitions because it is harder to breathe through a wet mask, be it from rain or sweat.

Like most facets of curbing the spread of COVID-19, state and health officials are learning more with time; however, Sherman said he does not expect further studies to show anything different than what is already known about masks and exercise.

"It looks like from the small number of studies that things are not really different with masks, but we know at the top end you might get a slight decrement in performance, but it's not impactful on your health," he said. 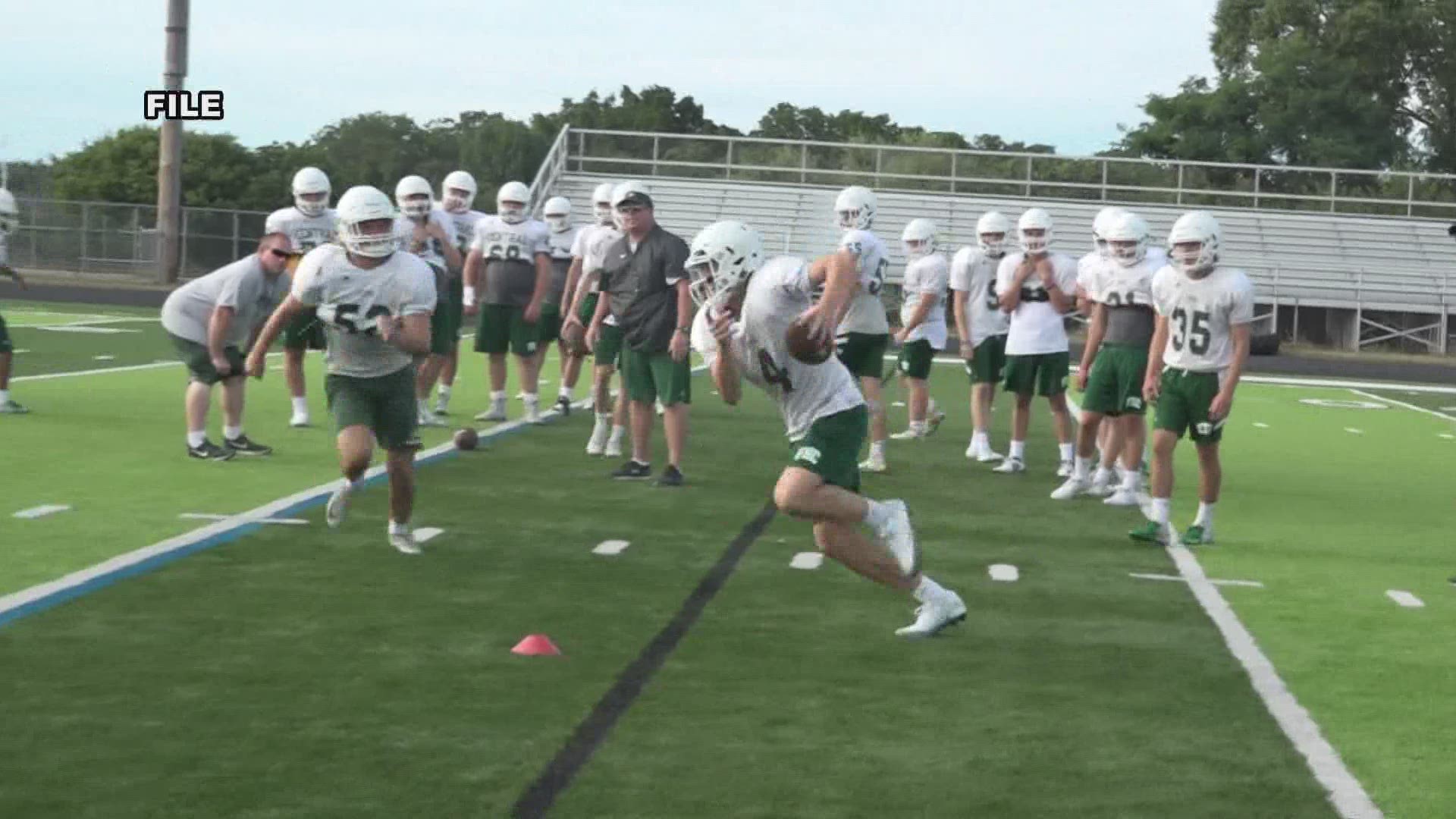