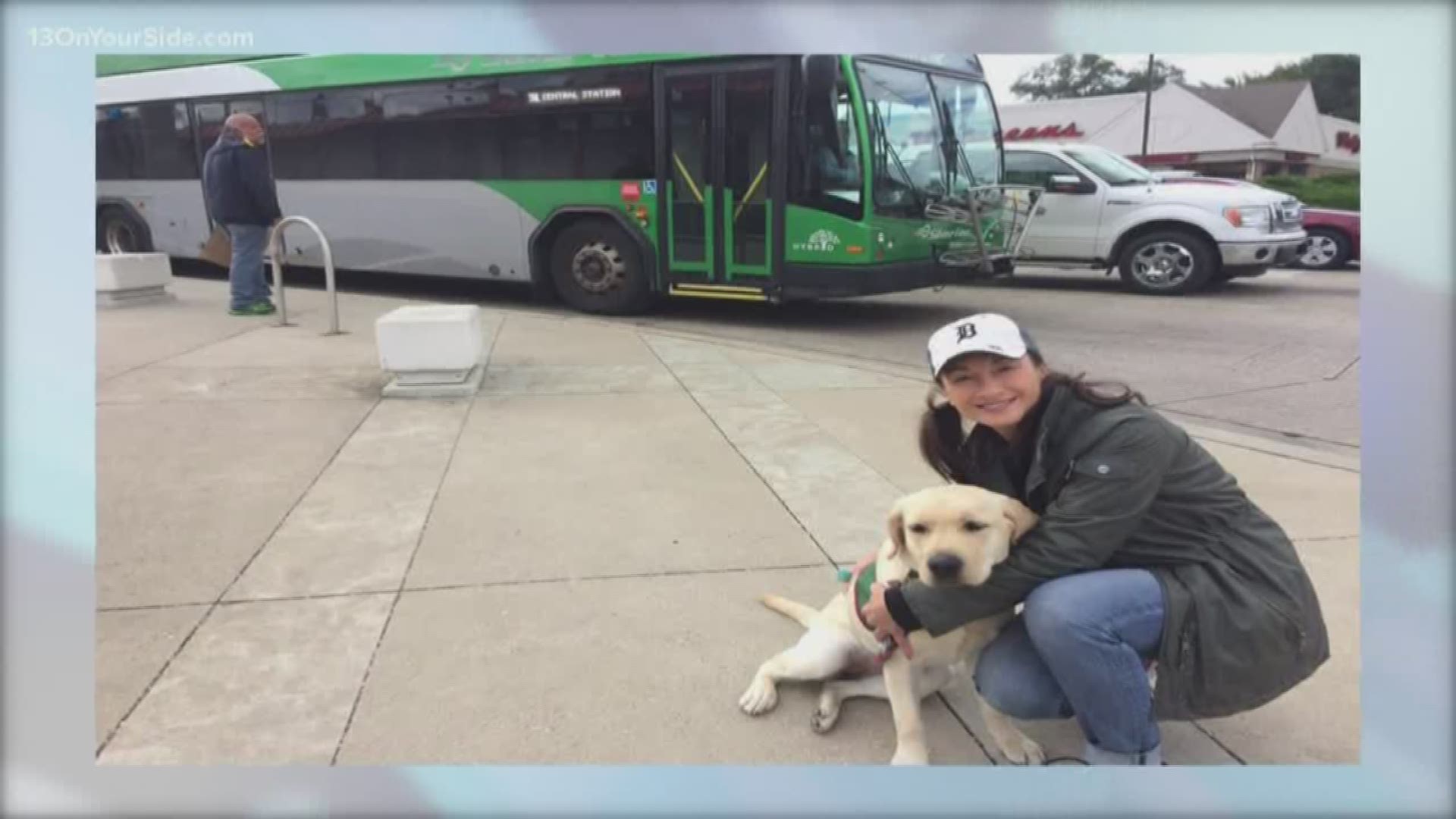 GRAND RAPIDS, Mich. — It’s hard to believe how fast the time went with CJ, our Paws with A Cause puppy. She grew up right before our eyes.

And even though we knew it was coming, we couldn't stop the tears when we said good bye, so CJ could complete her assistance dog training. 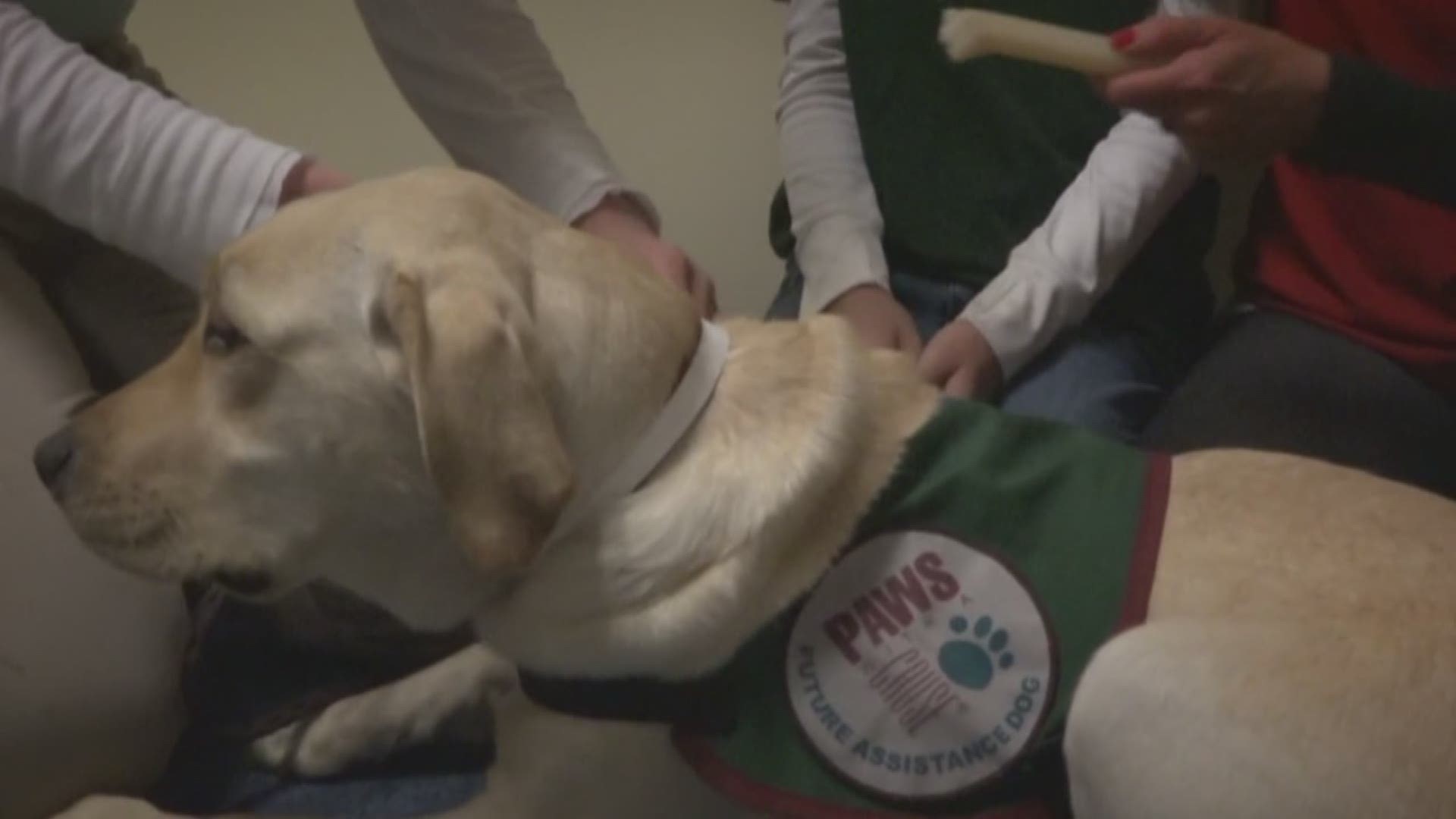 We anxiously waited for updates from the Paws Prison Training program to back at Paws With A Cause where she continued her final stages of training.

A year later we got the news that CJ had been matched with a client. A young woman with cerebral palsy in SE Michigan.

We wished her luck as she headed off.

Now here we are another year later, getting ready to see CJ at her new home, with her new family.

RELATED: CJ: First few days with the WZZM 13 Paws with a Cause puppy

RELATED: Meet CJ, WZZM 13's Paws with a Cause service dog in training

RELATED: A message from CJ

I thought I wouldn't cry when I saw her, but the tears flowed uncontrollably,  CJ's excitement confirmed she hasn't forgotten her first home.

And she also relieves Kimberly's stress of living with cerebral palsy. “If I'm home by myself I don't have to worry about if I drop my phone, I can't call anyone. I can just ask CJ and she'll get it and then that's done."

RELATED: Turn on the lights! CJ learns more tasks in her Paws With A Cause service dog training

RELATED: CJ, WZZM's Paws With A Cause puppy, is one step closer to finding her client

RELATED: CJ leaves WZZM to continue her Paws With A Cause journey

Before CJ, life was challenging. The simplest things could turn into an hour-long task, “Having limitations and limitations I can't control was definitely difficult for me." says Kimberly.

She talks about the time she dropped the mayo while making her sandwich and had to use a TV remote to help her retrieve it, "I got the remote and I used the remote to hit the mayo out of the way so I could go to my room and get my reacher to get the mayo to finish making my sandwich. What would take someone 2 seconds took me 20 minutes. It's just really frustrating because it's something simple and you know what you need to do but your body doesn't do what you need it to do." But now she has CJ to do those things for her.

Kimberly was on the Paws with a Cause waiting list for nearly a year. Shortly after her father passed away, she got that call, "As soon as they told me I was matched with her I just had a feeling in my gut, I was like oh my dad helped match me with her." Making her connection with CJ a strong one, "She is extra spoiled."

As our time with Kimberly and CJ wrapped up, I passed on my memories of that sweet puppy I raised. The photo album I gave her documented many of the adventures we had together.

And then it was time to say good bye, one last time.

In part, because we were able to give up a puppy we loved so much. 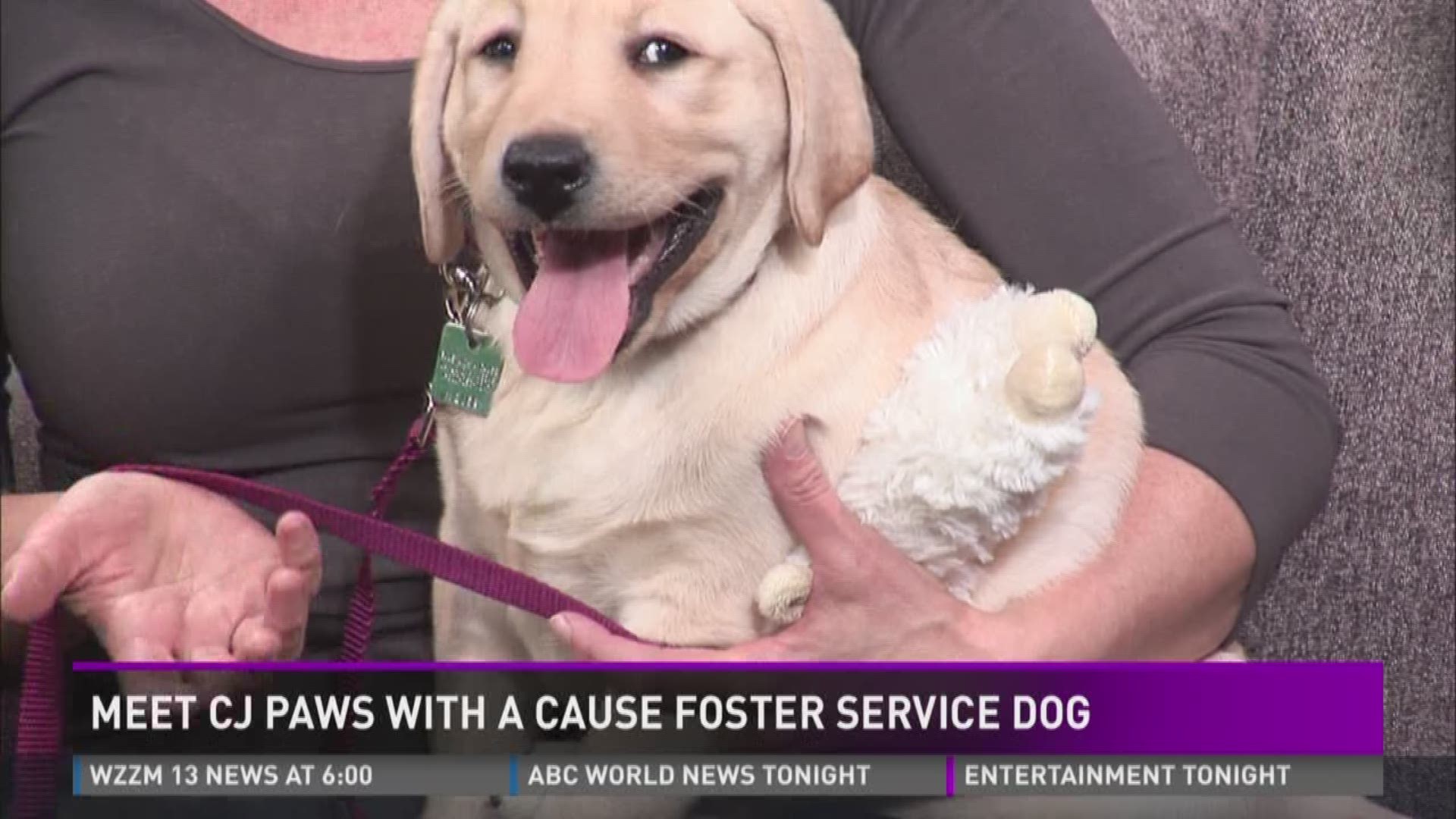 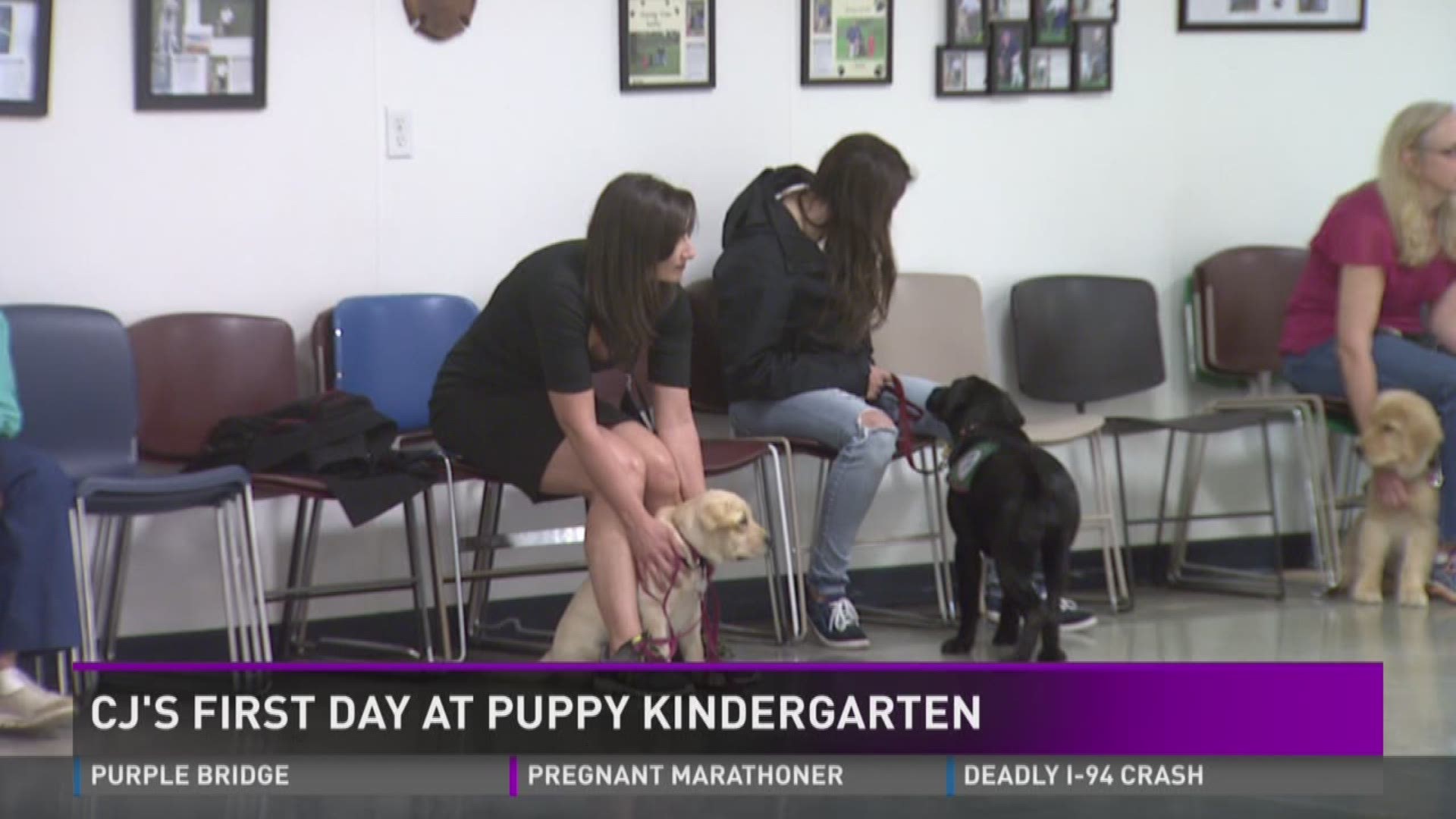 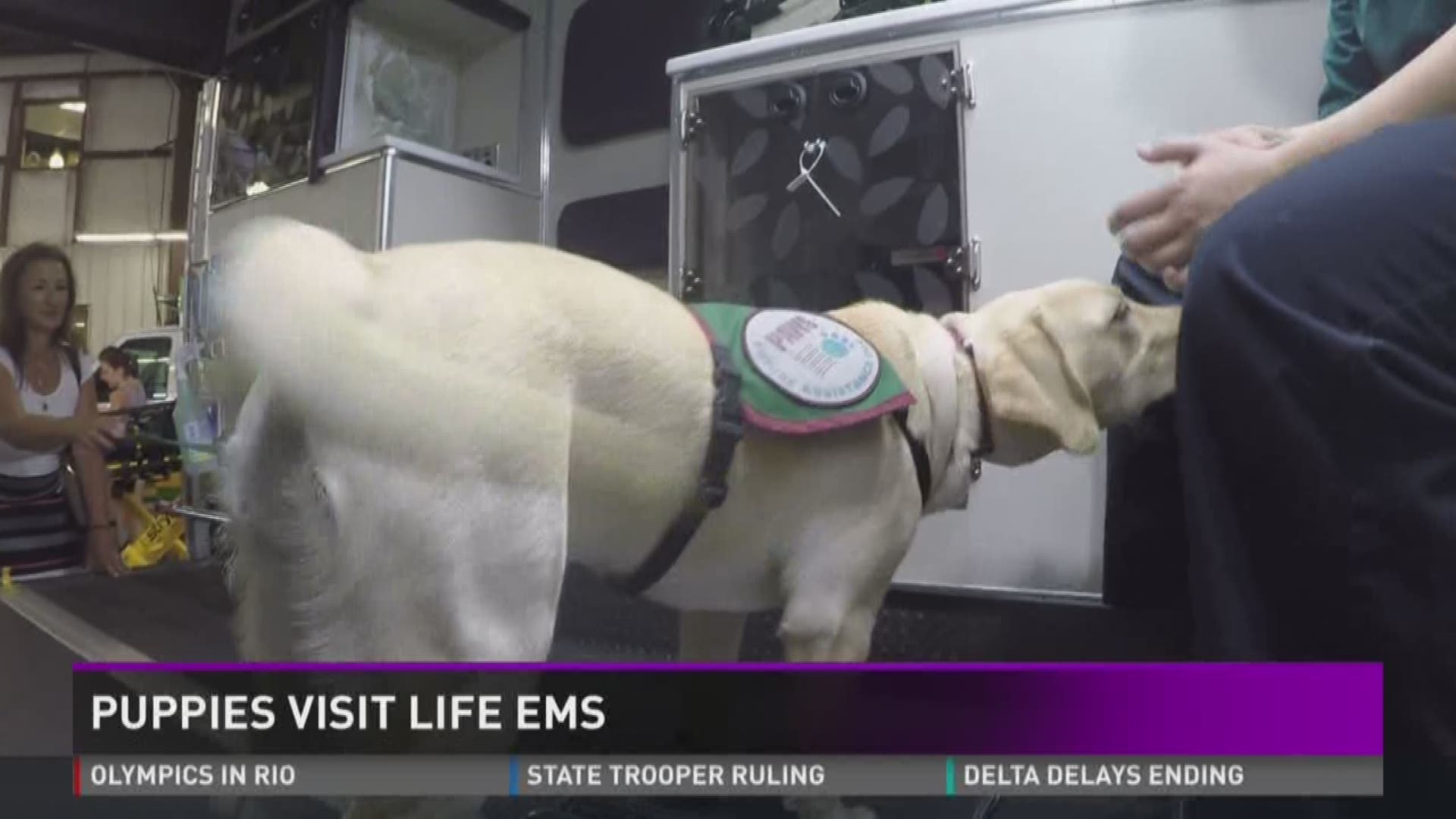