The leaders from WINC: For All Women Veterans are looking to help as many of their sisters as they can. 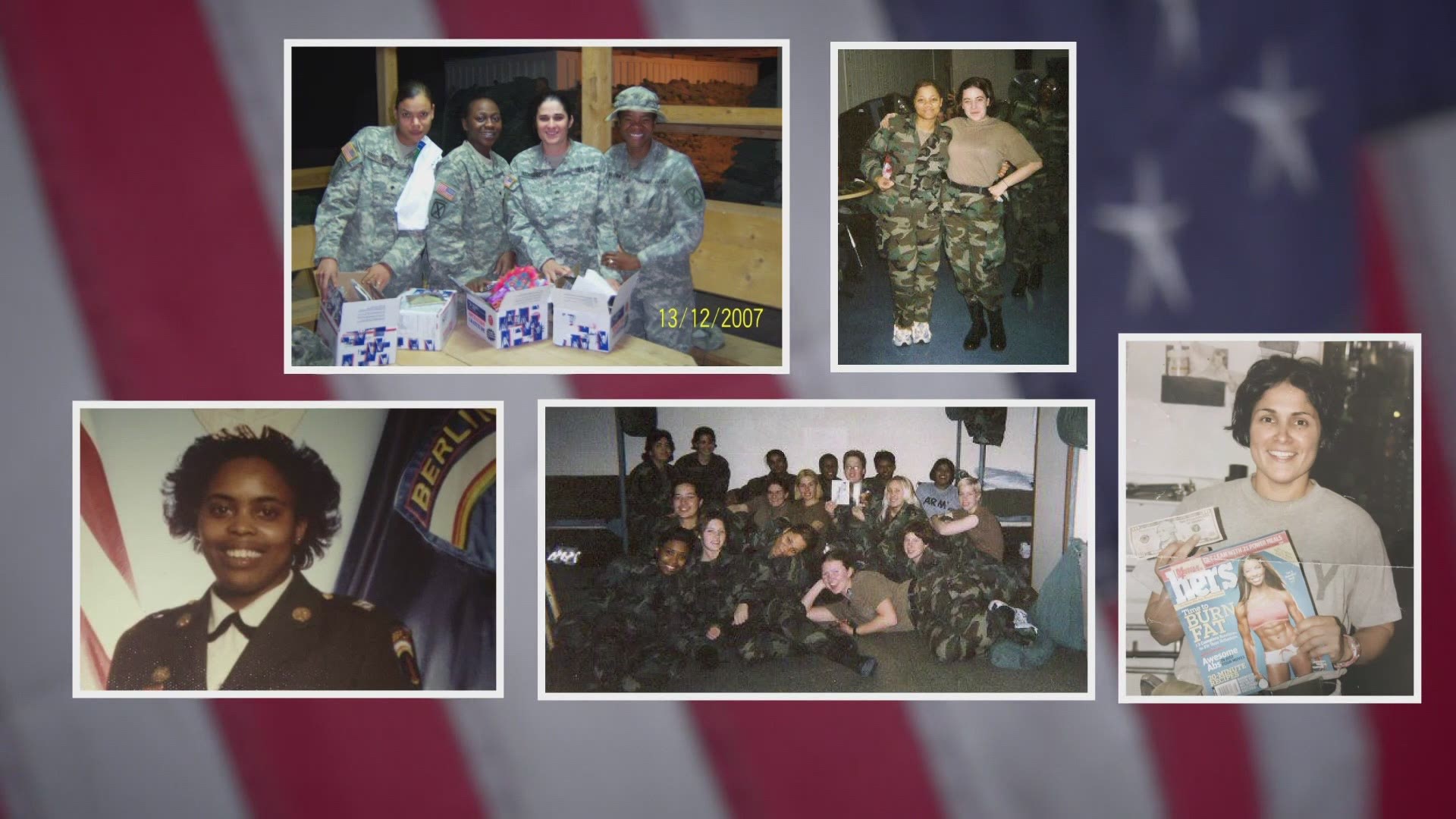 MUSKEGON, Mich. — Following the Sept. 11 attacks, Holland native Belinda Coronado enlisted in the Army National Guard out of a sense of patriotic duty. She followed in the footsteps of her father, who was born in Mexico, but earned his citizenship by serving.

Belinda worked with police to prevent looting after Hurricane Katrina and she went on to serve as a military police sergeant in Baghdad.

"We were working with the Iraqi nationals, trying to build up their police force to build a community working together," she said.

When Belinda returned to the U.S. in 2007, she was excited to be back with her three children, but like many veterans, she found out how hard transitioning back to civilian life can be.

Credit: Provided
Belinda Coronado served a tour in Operation Iraqi Freedom from 2006 to 2007 as a Military Police Sergeant. She now lives in Holland, MI.

"I didn't want to come back thinking I had anything wrong with me, because it has such a stigma to it. I just kind of threw myself back into everything. So I thought I was doing really well, and now I don't know how I did it," she said. "I had hit a wall in 2015 with PTSD. Eventually you slow down and say I need to take care of me."

Belinda works for Veterans Upward Bound at Grand Valley State University. It's a federally funded program serving veterans whose incomes are low, or who are first generation college students. The program helps those students achieve their educational goals. It's also how Belinda found WINC.

"It's been a lifeline to meet other women veterans who are going through similar experiences," she said.

Founded in Muskegon as Women Injured In Combat, the group now goes by WINC: For All Women Veterans as a way to show they are committed to helping all women veterans, not just those who were injured or those who served in combat roles.

"WINC serves all era veterans. We have women who served in Vietnam, you have myself who was Cold War, and now you have today's soldiers," said WINC Vice President Tracie Walls. "Our goal is to make sure that the woman veteran is a whole woman. Serving in the military, people really do not understand the difficulties or sacrifices of serving your country. As a woman, it is twice as much."

Credit: Provided
Tracie Walls served in the Army from 1981 to 1992. She was with Field Station Berlin when the Berlin Wall came down. She now lives in Faulkner, MD.

WINC offers a number of services for women veterans, including different types of therapeutic retreats. It's also a great place for them to find resources that can help them improve their lives.

"It's unbelievable the amount of information you can get from everybody involved," said WINC President Loraine Rodriguez.

"My sister and I attended a class through the Michigan Veteran Entrepreneurs at Grand Valley and ended up opening a business together just from attending those classes."

Walls leads WINC in Maryland and helps make sure that women veterans always have a voice among our nation's lawmakers.

"We united with other with other women veterans service organizations and we stomp 'The Hill.' We are there for legislation. We send in documents. We meet with representatives," she said.

"I never have a problem meeting the representatives from the state of Michigan and letting them know that WINC is their baby. So they're helping us get through."

WINC also helps remind women veterans they're not alone, even during a global pandemic. The organization holds weekly "Wind Down Wednesday" Zoom calls for their members to connect. They also hold an awards event annually honoring women veterans.

The organization does accept donations to help with the services they provide. They take volunteers as well. However, they say the first thing civilians should do to help women veterans is to acknowledge their service.

"Don't assume because you have a woman who drives a truck that has a disabled veterans plate, that it's my husband's truck. Because it's not. It's mine," Rodriguez said.

"Recognize that I am a veteran. We've got to re-teach society that veterans come in the form of a women. We have been to the places our counterparts have been to," Walls said.

"We were typically known as the invisible veterans. We're not going to be invisible anymore." 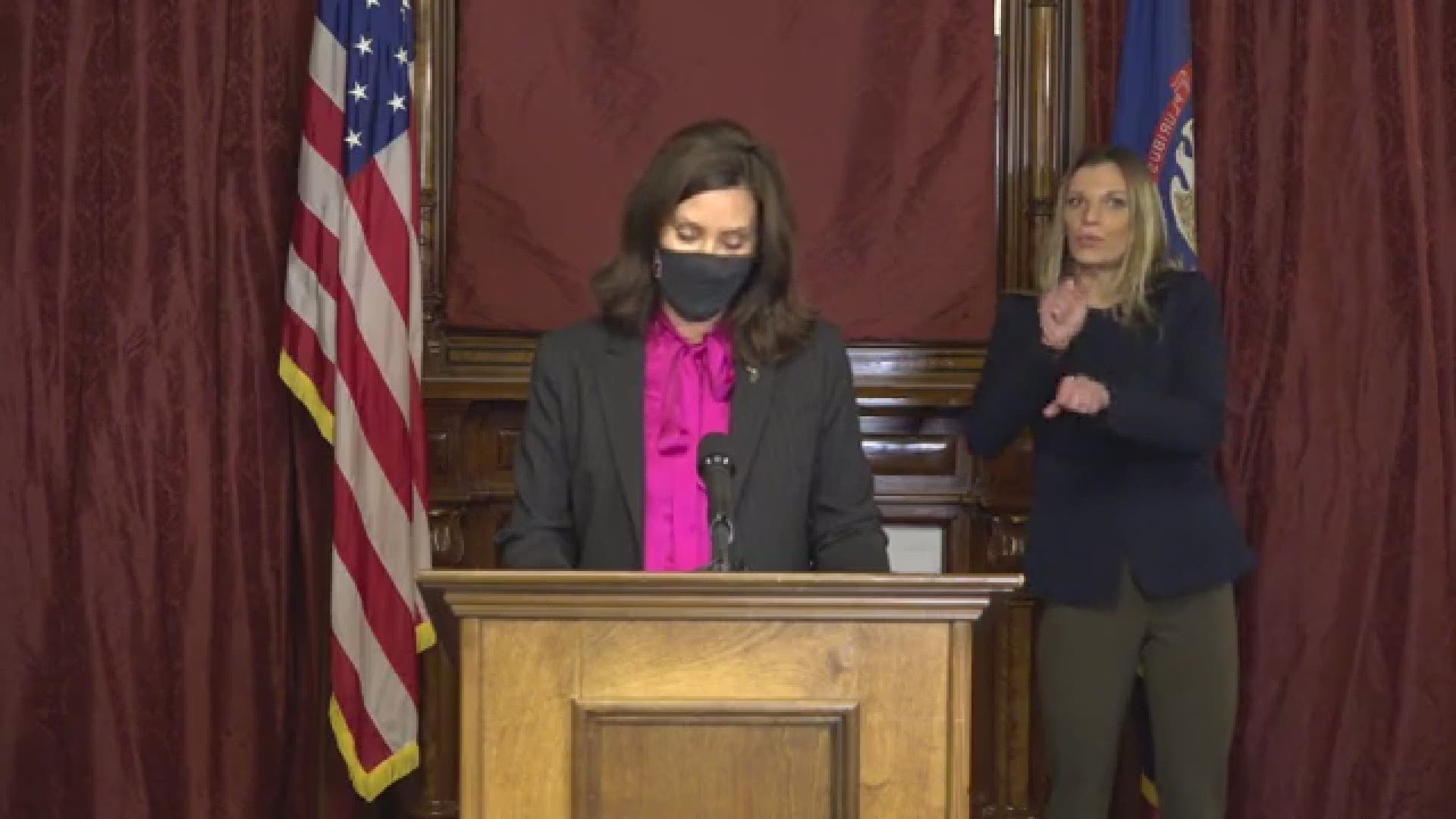