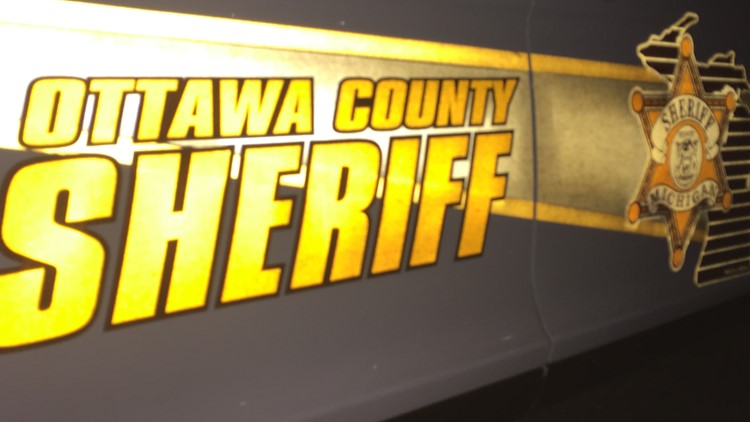 HOLLAND TOWNSHIP, Mich. - A 60-year-old man has been charged for 'intentionally' ramming his car into an Ottawa County Sheriff's Office cruiser Monday evening.

Around 6:45 p.m. a deputy was stopped at a red light in a fully marked cruiser on James Street at 136th Avenue in Holland Township. The Ottawa County Sheriff's Office said another car pulled up next to the cruiser and stopped for a moment.

The driver, identified as 60-year-old Alfonzo Mercado of Holland, then reversed his car and pulled up behind the stopped cruiser. Police say he then "accelerated quickly and intentionally rammed the back of the stopped sheriff's cruiser."

Mercado drove away from the scene and the deputy involved started to chase him. Other deputies joined the pursuit and when Mercado stopped for a red light at Beeline Road and Lakewood Boulevard, he was arrested following a "short struggle," the sheriff's office said.

The sheriff's office said Mercado admitted to ramming into the cruiser, according to a news release, because he was upset with police after a different deputy responded to a civil disagreement between the man and a local business earlier on Monday.

The intersection at Beeline Road and Lakewood Boulevard was partially closed as Mercado was arrested, but it has since reopened to traffic.

Mercado was not injured and he was lodged at the Ottawa County jail pending arraignment on charges related to the incident. The deputy whose cruiser was hit suffered minor injuries and was taken to Holland Hospital for treatment.

The sheriff's office said Mercado was arraigned in court Thursday. He was formally charged with felonious assault, fleeing a police office, resisting and obstructing a police office, and malicious destruction of property. Mercado remains at the Ottawa County Jail.