An all-star travel softball team from Muskegon is sponsored by "Folds of Honor," which provides scholarships to families of fallen and disabled service-members. 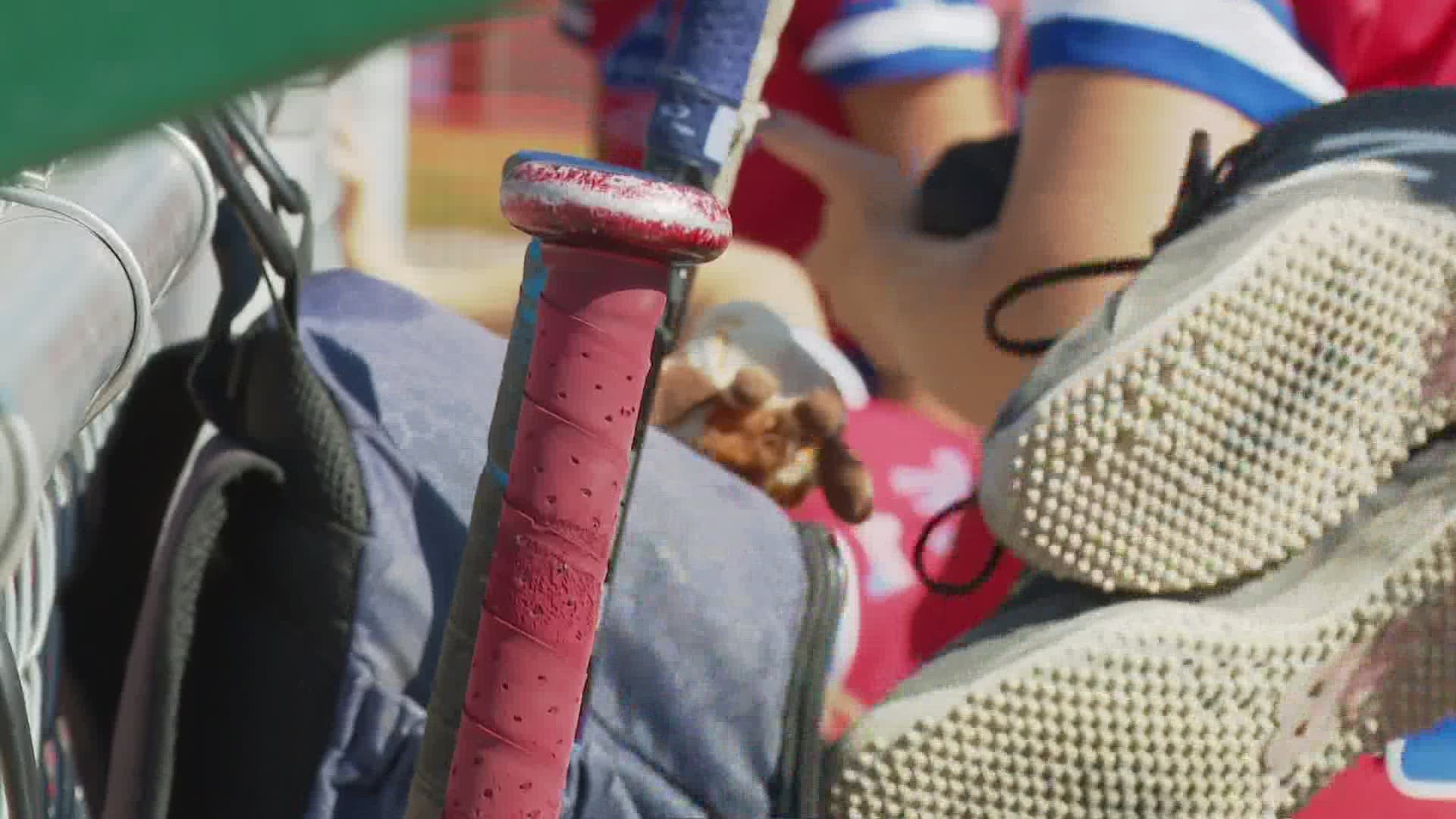 MUSKEGON, Mich. — With so many sports seasons continuing to cancel due to the pandemic, there's one in Muskegon that won't. It's a unique softball league that's not defined by traditional wins or losses.

They play for something more.

For the past several years, all-star softball players from high schools from as far north as Traverse City and as far south as Holland, have been trying out and playing for a traveling team that's based in Muskegon.

"We've got 11 teams that compete for us under the top prospects name," said Matt Housman, who is the director and coach. "We travel and play teams all around the Midwest."

For the 2020, and upcoming 2021 seasons, the team's sponsorship changed, creating quite a buzz in the community as well as a welcome educational experience for the players.

"We play for Folds of Honor, which is a non-profit organization that gives scholarships to deceased  and disabled servicemen and women's spouses and children," said Houseman. "Their mission statement is, 'To honor their sacrifice and educate their legacy."

The new sponsorship is helping the coaches and players have a better understanding that they're playing for something bigger than the game.

"Last summer, our team went 51-6 and won 5 out of 6 tournaments while placing 4th in the nation," said Houseman. "But those statistics don't match the 1% of people that are willing to sacrifice their life for the 99% of us.

"I believe they deserve all the honor we can give them."

The summer season recently finished. Some of the players couldn't believe the outpouring of support they received from the people who came out to watch the games.

"I would get into the hotel elevator and someone would say to me, 'Hey, it's really cool that you're playing for Folds of Honor,'" said Kylie Gould, 17, who is a pitcher and plays first base.

Credit: WZZM
The 'Folds of Honor' all-star softball team will begin its fall season on September 20. Tryouts are happening now.

"Being in the atmosphere of playing for someone's family that's been affected, and was in the military, means a lot to me," added Willo Staal, 17, who is the team's catcher. "It makes me realize I'm helping people who helped me."

The fall season will start September 20. Folds of Honor will link each player on the team to a family of a fallen or disabled service-member, then each player will send a letter to them letting them know they will be honoring their loved one.

"It's important they make that connection so they know it's real," added Houseman. "We like to play the game to win, but the real victory is representing this organization so these families can get the help they need."

Before every game, the players are reminded that there's something else being fought for that's more important than the battle unfolding between the white lines.

"It's just something different," said Houseman. "But I think the different is really good."

Houseman says that he and his staff are exploring ways to expand the footprint of Folds of Honor in Muskegon beyond softball. They'd like to organize some golf tournaments for next summer, but that will depend on the status of the pandemic. 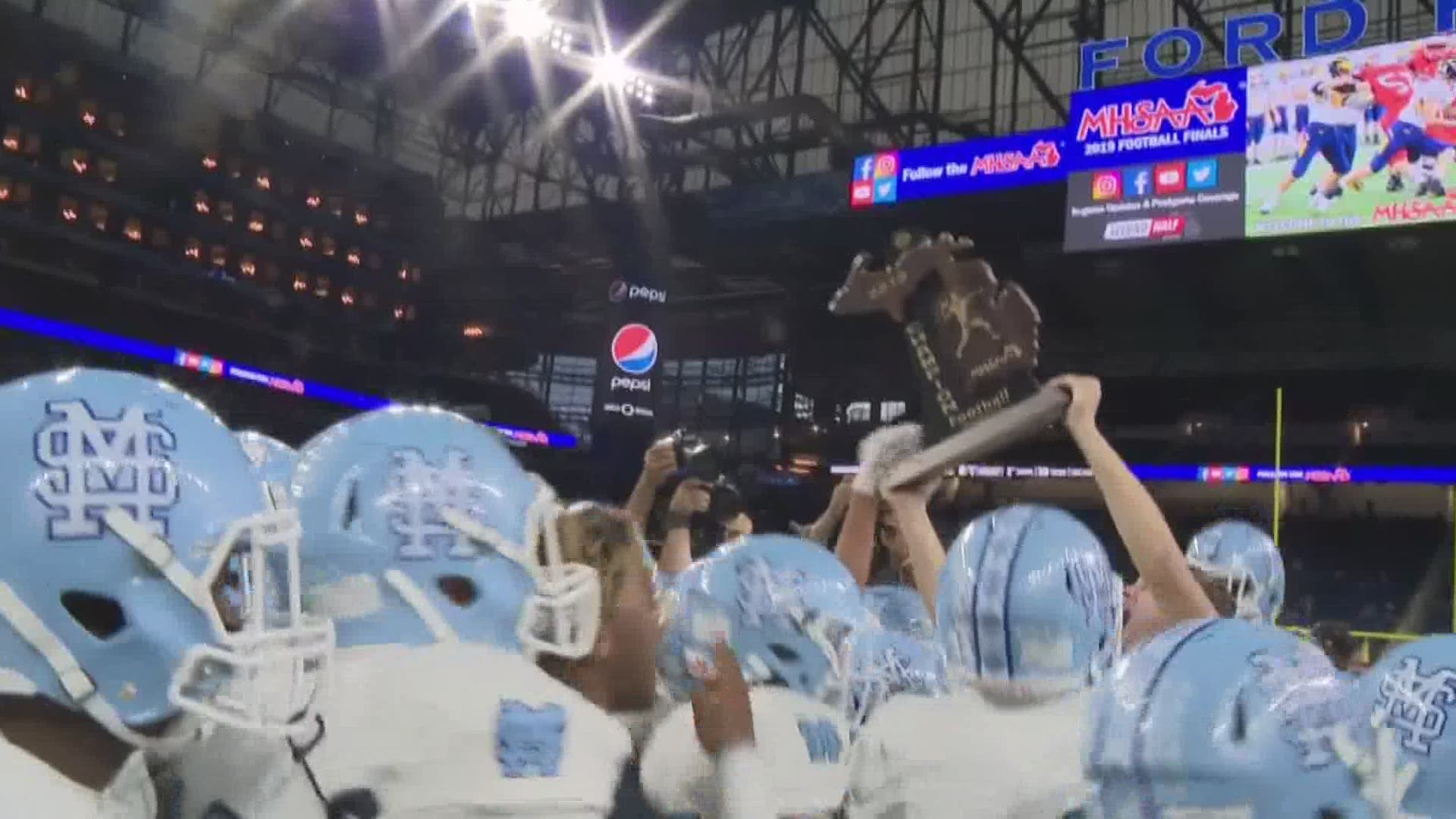