Henry Martin lost all his medals and awards during a hurricane years ago. Recently, he got news ones. 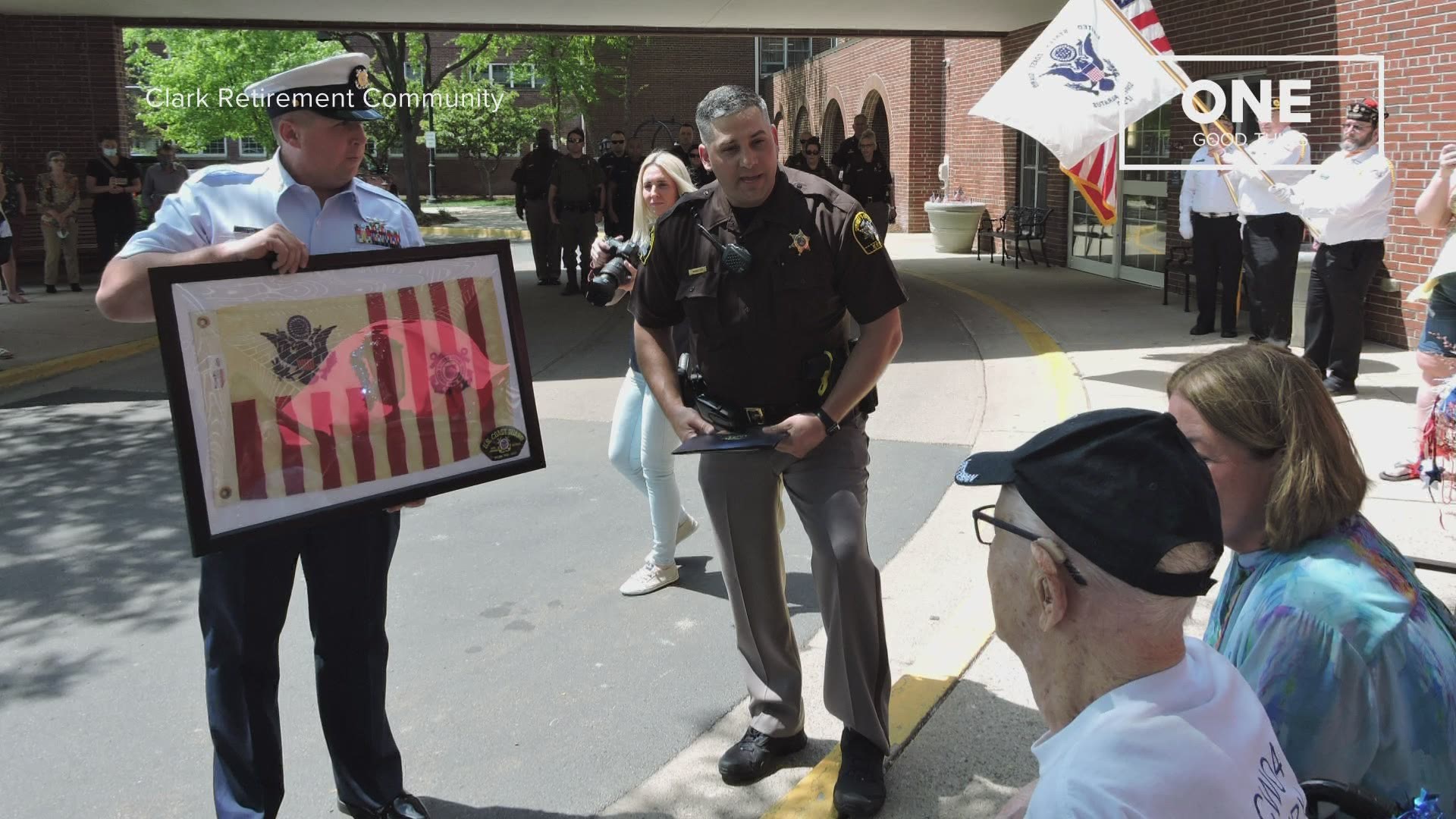 GRAND RAPIDS, Mich. — Time for One Good Thing -- someone or something that makes West Michigan a good place to live. Today we salute a 102 year coast guard officer and the former marine who got him his medals back.

This is Henry Martin. He's a World War Two veteran who served 20 years in the Coast Guard and - after the war - in the Reserves. Unfortunately, he lost all his military medals and awards years ago in a Florida hurricane. Recently, he met Kent County Sheriff's Deputy - and former Marine - Dan Wheeler. Dan started making calls. Within a few weeks, he secured replacement medals, ribbons... even framed U-S and Coast Guard flags. Then, he helped coordinate a parade at Clark Community to present them all. Several local departments - including DNR, police and sheriff's offices - were there.

Dan says, "Veterans, it's a very tight community. Whether it's - you know, Henry's in the Coast Guard, I'm in the Marine Corps - you see a veteran down the street, wearing their WWII hats or Vietnam hats, their campaigns, it's a bond. Once you're out of the military you lose that sense of connection. So when you see someone like Henry, it's an honor."

Henry replies, "I appreciate - all I owe to everybody - is to all of you people. Everybody who has helped me along the way."

One Good Thing to retired Coast Guard Chief Warrant Officer Four Henry Martin... and to Marine Dan Wheeler for helping honor one our World War Two veterans. And thank you both for your service.