He said he credits this year's success to the Grand Rapids community members. "We're just really fortunate to have the (over 20) community partners in Grand Rapids," West said.

Those partners are made up of 10 to 15 sponsors and local businesses that organized teams, according to West. 32 teams participated in this year's plunge, and a team made up of a Grand Rapids waterproofing company's employees, Everdry Waterproofing (Everdry Plungers), took home the Polar Bear Trophy for the top fundraising team.

The money raised by those partners, teams and volunteers helps the athletes and their families participate in Special Olympics Michigan state competitions. The next state tournament is Feb. 5-7 in Traverse City.

"Those families don't have to pay for anything to send their athletes to the Winter Games because of events like this," West said.

West said he and his team are still counting Saturday's fundraising total. The final amount is expected to be tallied on Monday. 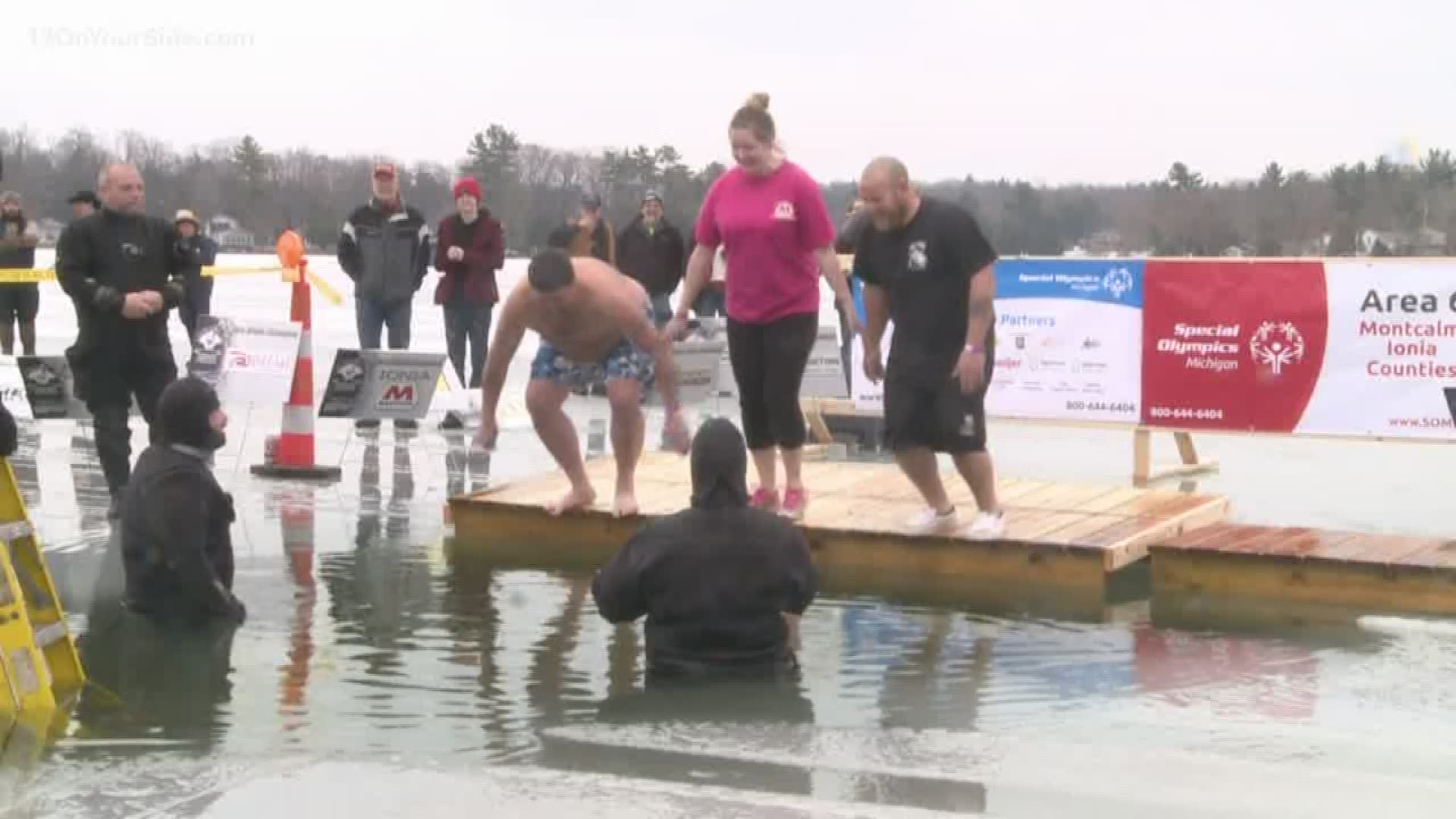