2020 saw three drownings in South Haven. Supporters of adding lifeguards say they are the "gold standard in beach safety." 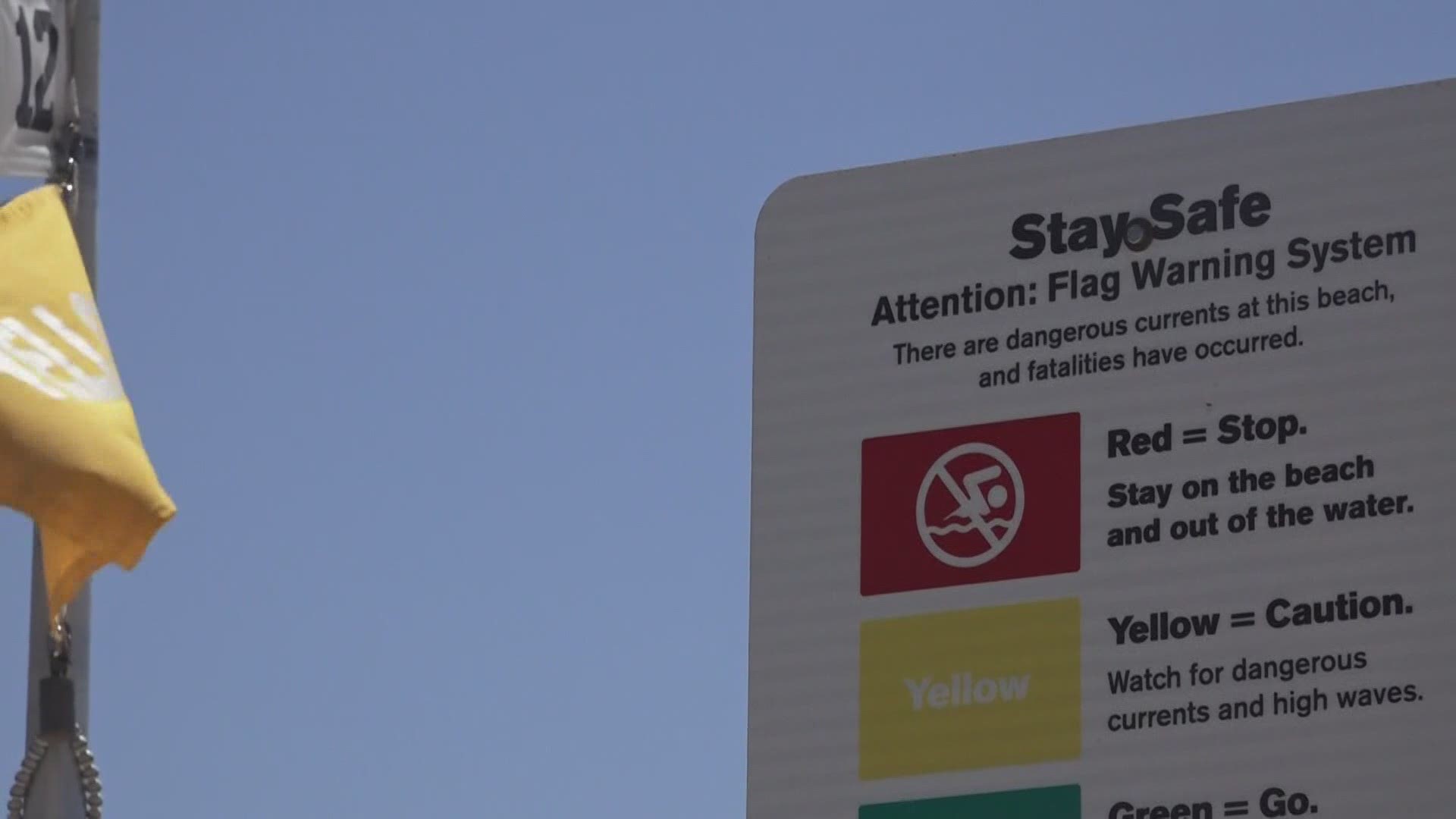 SOUTH HAVEN, Mich. — On Thursday, a Beach Safety Committee meeting in South Haven will feature conversation about adding lifeguards along the beach.

56 people drowned in Lake Michigan in 2020, three in South Haven. That's according to the Great Lakes Surf Rescue Project (GLSRP), which has tracked drownings in the Great Lakes for years.

That's the same group hoping South Haven adds lifeguards to its beach. It's executive director, Dave Benjamin, would like to see lifeguards on all the beaches along the shore.

"I know South Haven Area Emergency Services response time is three minutes, which is an outstanding response time. They do a great job," said Benjamin. "But if it takes someone 30 minutes to realize someone is missing and call 911, I mean, it's it's a body recovery."

Benjamin said it takes less than one minute for a victim to reach final submersion in the water, three minutes for the heart to stop, and four minutes for brain damage. After ten minutes, there is only a 14 percent chance of survival, and that is with lifelong brain injury.

RELATED: Father drowns in Lake Michigan attempting to save his children

"You need to have eyes on the water who knows what drowning looks like," said Benjamin. "They can spot someone in a crowd who's struggling, so they can get to them in less than a minute and provide them flotation to stop the drawing process."

South Haven had a lifeguard program more than 20 years ago, but it was dismantled. Now, as part of the city's beach safety plan, flags are the primary warnings for unsafe water.

Kate Hosier, South Haven's City Manager said the City Council formed a committee to look at the best management for making beaches more safe. The committee's fourth meeting was Thursday at 6pm, when lifeguards were on the agenda.

"Previous city managers and previous councils noted the difficulties in the insurance liability," said Hosier of the previous lifeguard program. "and cost of such a program."

Some residents of South Haven have been outspoken about wanting lifeguards on their beaches. Kameron Daugherty started a petition to add them in 2019, and gained 14,000 signatures.

"We're not losing locals to drowning in South Haven, we're losing visitors," said Daugherty. "And we're actively campaigning for them to come and visit our lakeshore."

Daugherty said rising water levels on Lake Michigan increase the danger, and increases the need for lifeguards. She hopes if South Haven makes a plan to implement them, other lakeshore towns will do the same.

According to the United States Lifesaving Association, chances of drowning at a beach protected by a lifeguard are extremely slim. Based on ten years of reports, the group says the chance of drowning is one in 18 million. However, only two Lake Michigan beaches in our state have lifeguards, Silver Beach in Saint Joseph, and New Buffalo Beach. 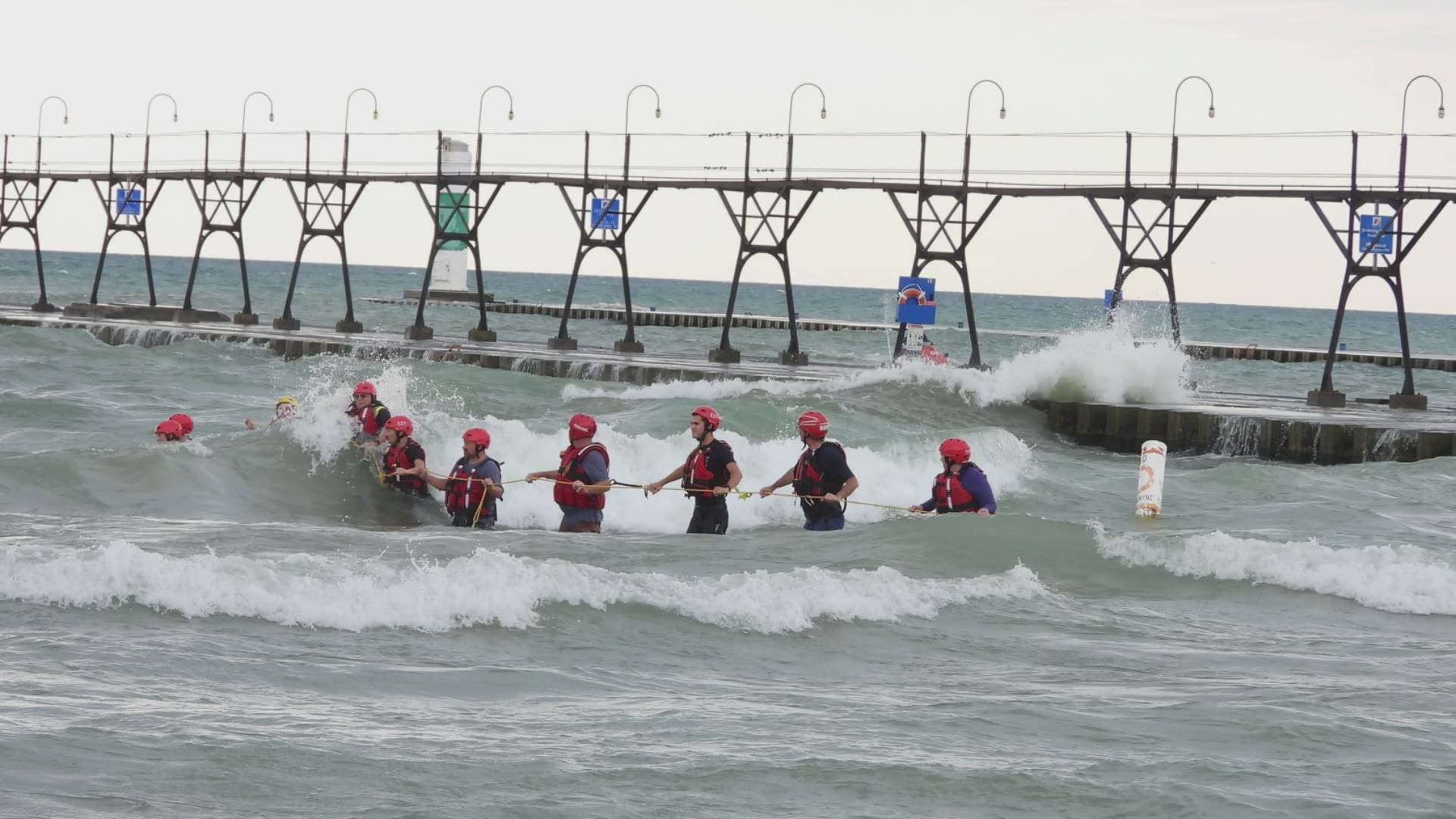