Pistons' onetime home, the Palace of Auburn Hills, torn down

The Palace opened in 1988 and was home to three championship Detroit Pistons teams and three Detroit Shock teams during its nearly 30-year run.

Credit: AP
The Palace of Auburn Hills lies in rubble after undergoing a controlled demolition in Auburn Hills, Mich., on Saturday, July 11, 2020. Opened in 1988, the multi-use stadium was the home of the Detroit Pistons as well as numerous concerts and sporting events. (David Guralnick/Detroit News via AP)
Author: Associated Press
Published: 2:34 PM EDT July 11, 2020

AUBURN HILLS, Mich. — One of Michigan’s most beloved sports and entertainment venues has been turned into rubble with a series of controlled explosions.

The shell and roof of the Palace of Auburn Hills crumbled to the ground Saturday after a series of explosive pops.

The rest of the arena was removed previously.

The Palace opened in 1988 and was home to three championship Detroit Pistons teams and three Detroit Shock teams during its nearly 30-year run.

It also played host to some of the world’s biggest musical acts, the last of which was rocker Bob Seger in 2017.

That was the year the Pistons relocated to a new arena in downtown Detroit. A new mixed-use development project is planned for the site. 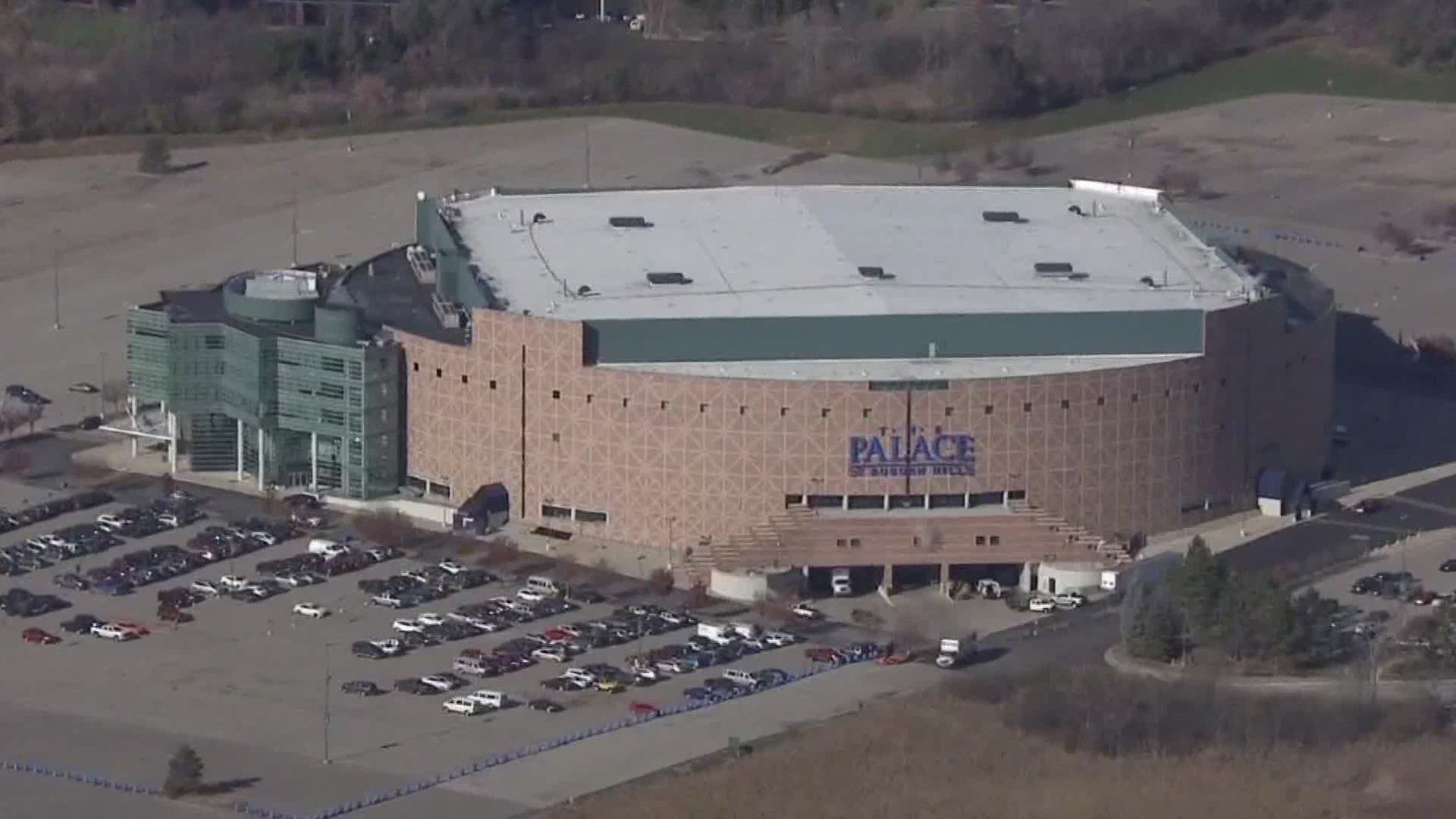