13OYS Mornings: On the road at Rendezvous in Grand Haven

For the last couple weeks, the 13 ON YOUR SIDE Morning Show will be live from a different location in West Michigan. This Friday, it's Rendezvous in Grand Haven. 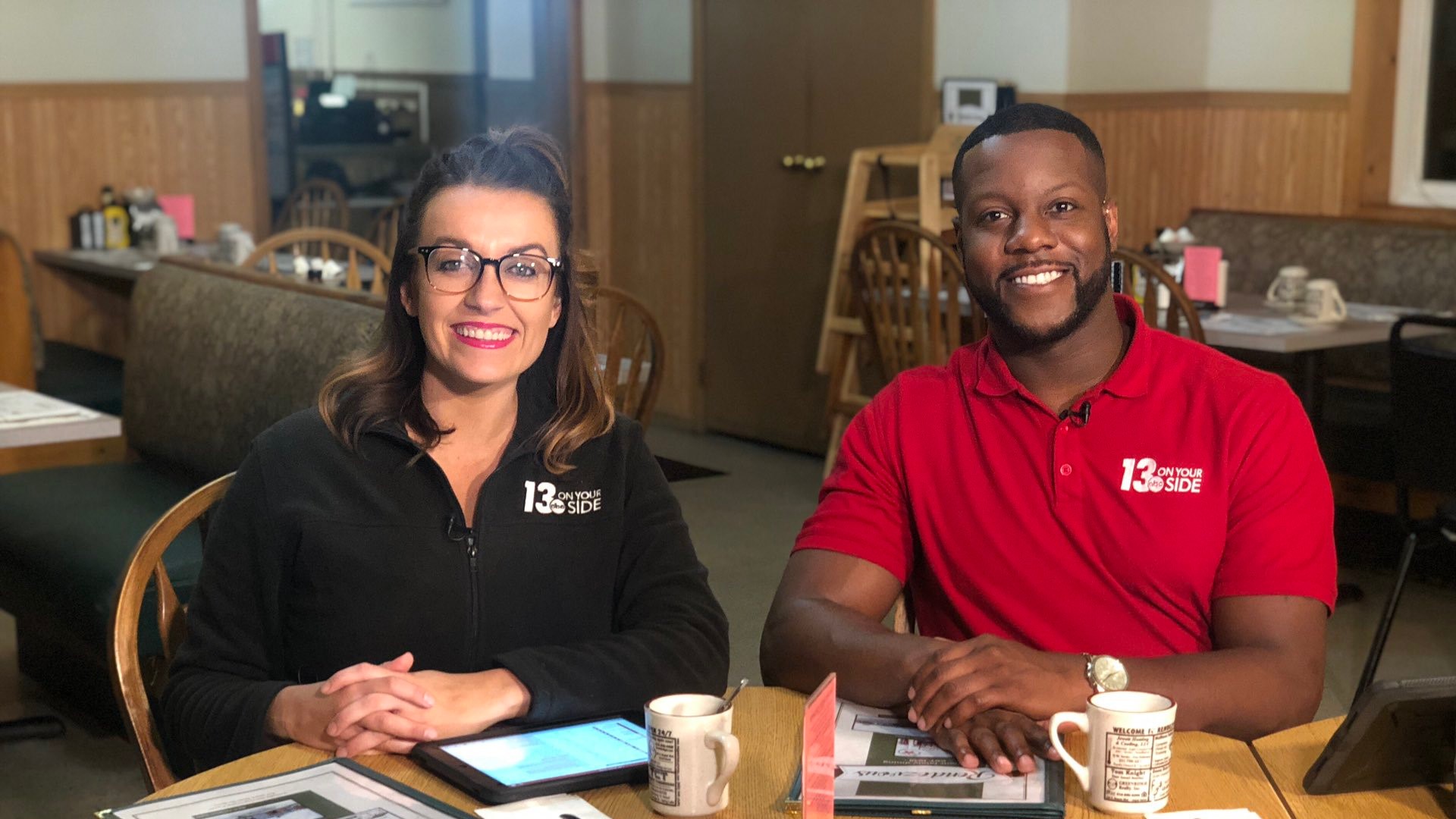 GRAND HAVEN, Mich. - For the last couple weeks, the 13 ON YOUR SIDE Morning Show will be live from a different location in West Michigan. On Friday, May 10, Kamady Rudd and James Starks visited Rendezvous in Grand Haven.

From gas station to iconic Grand Haven restaurant
Rendezvous has a very interesting story as to how it became the iconic restaurant that it is now.

Originally the establishment was a Texaco gas station. The owner at the time used to grill burgers for customers while they got their oil changes.

Credit: Courtesy of Rendezvous
The original Texaco that eventually became the Rendezvous that we know today.

Texaco's executives wanted to make some changes to the station's operating hours nationwide, meaning a number of them would be open on Sundays. However, that owner at the time was very religious and refused. He transformed the gas station into a full-service restaurant, and that building is now home to the Rendezvous we know today -- a three room place that sits 190 that current owner Bill Peak says is "Cheers! with no alcohol."

A couple years ago, Senior Producer Matt Gard, took a trip to Rendezvous and checked out some of the fan favorites on the menu.

Kamady caught up with Bill to hear more about Rendezvous success at being the place all the locals go and what the restaurant has in store for the future. 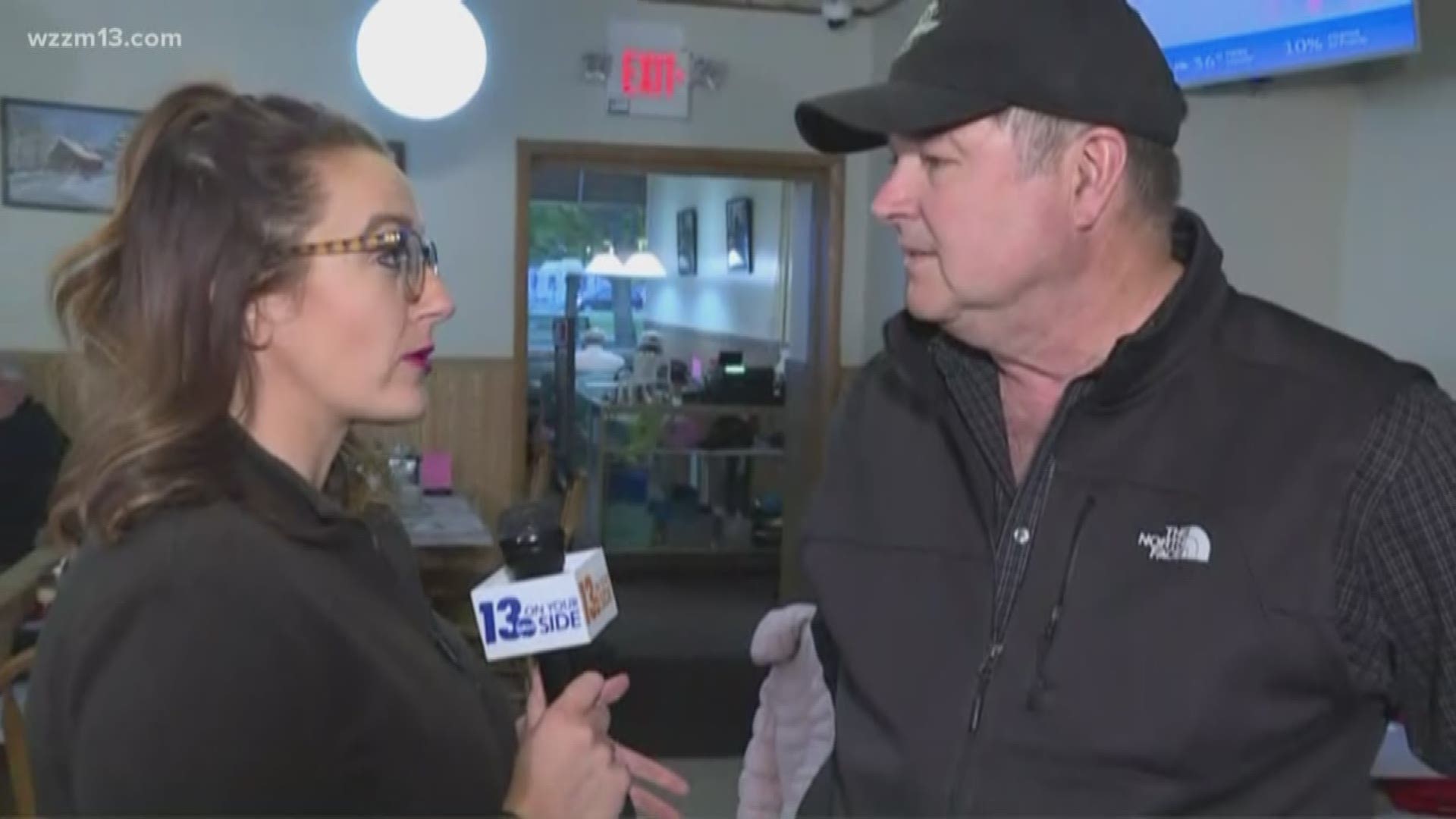 The Mayor's Perspective
James got a chance to talk with the Mayor of Grand Haven, Geri McCaleb Friday morning. 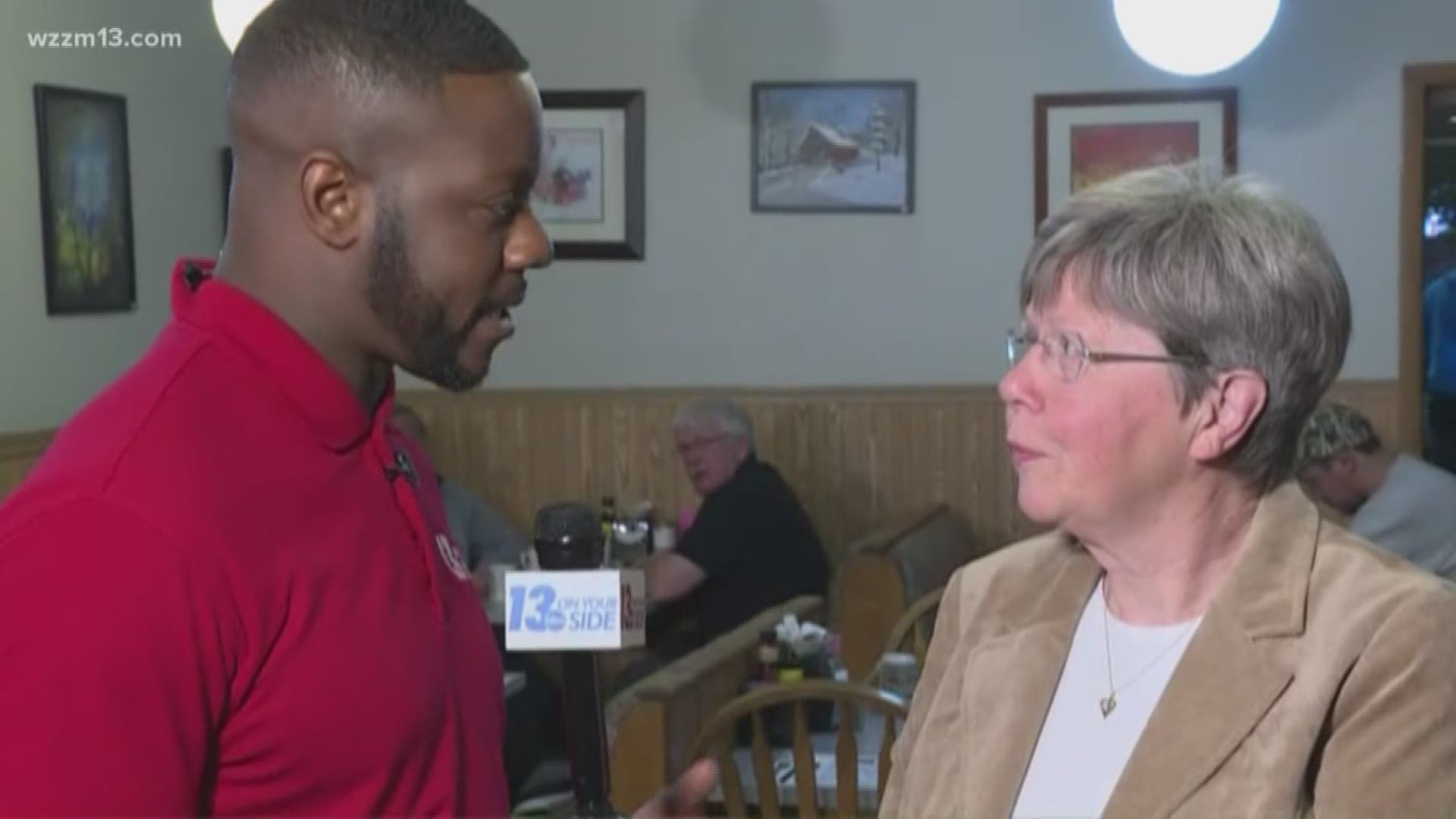 Mayor McCaleb mentioned to us that the freeze thaw winter was hard on city streets. McCaleb says crews have been out doing some resurfacing and addresses numerous pothole conditions to prepare for warm weather activities coming later this season.

McCaleb says she and the rest of the community is looking forward to a great summer. There are several concerts planned for the Lynn Sherwood Waterfront Stadium. After years in the making, it finally reopened last year after getting a total revamp.

McCaleb also shared her excitement for the project on Harbor Drive called RiverWatch. It was finished this week and included re-imagining gathering spaces, creating new greenspace, building an overlook plaza, accessible sidewalks and other improvements.

The Goings-On in Grand Haven and Spring Lake
Here's a collection of recent updates ranging from Grand Haven's ordinances on medical marijuana, construction at the catwalk, Long Road Distillers' new location and the new organizer's of the kite festival.

A three-month-long investigation into PFAS contamination in Robinson Township has revealed significantly higher concentrations than initially detected at both Robinson Elementary School and the nearby fire department.

A man lost nearly $30,000 when a cardboard box carrying cash fell off the back of his truck in April. More than $4,000 has been returned to authorities and they still ask that any "treasure hunters" who have gone to the area to look for more, return it to the Department of Public Safety. 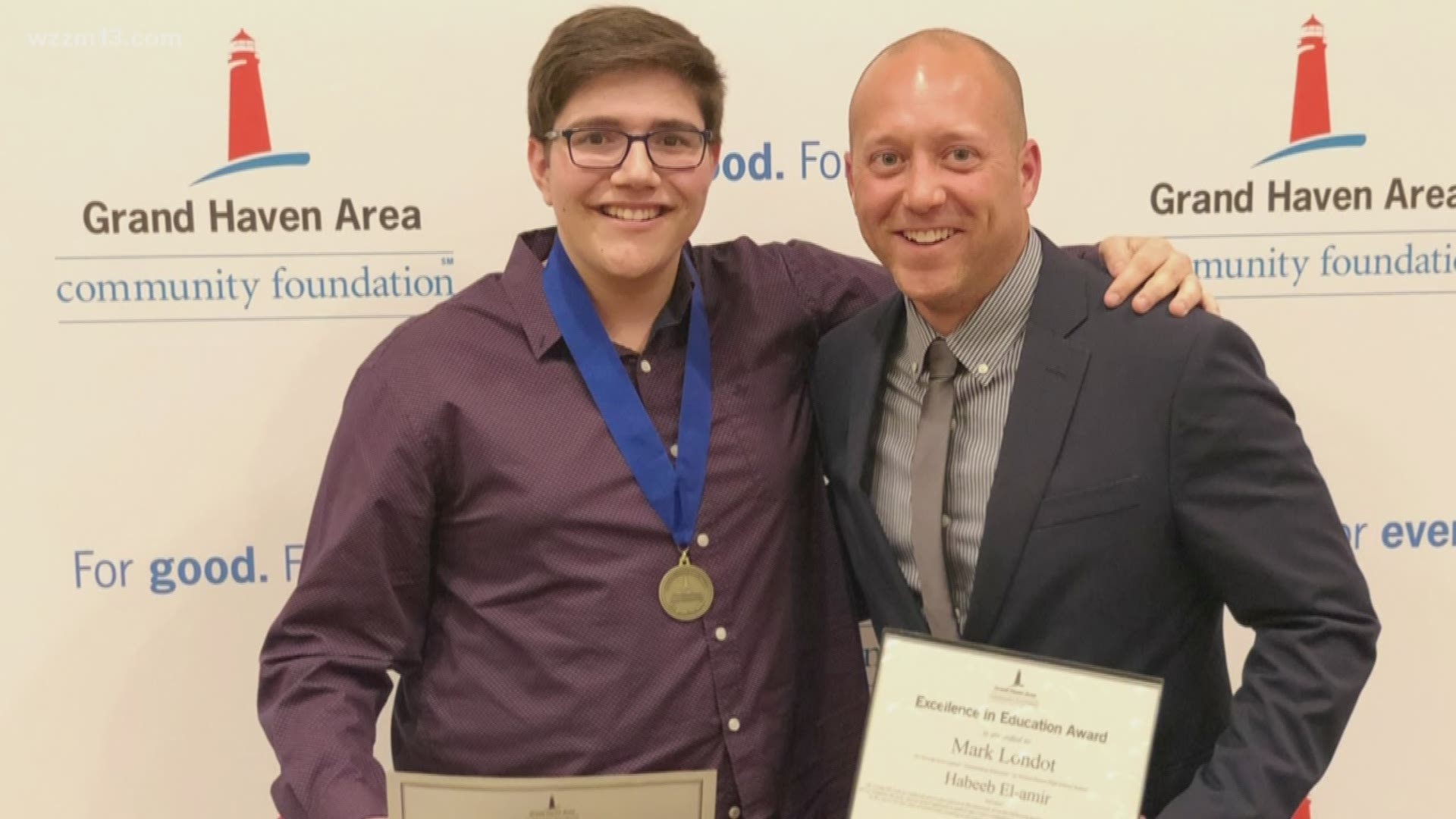 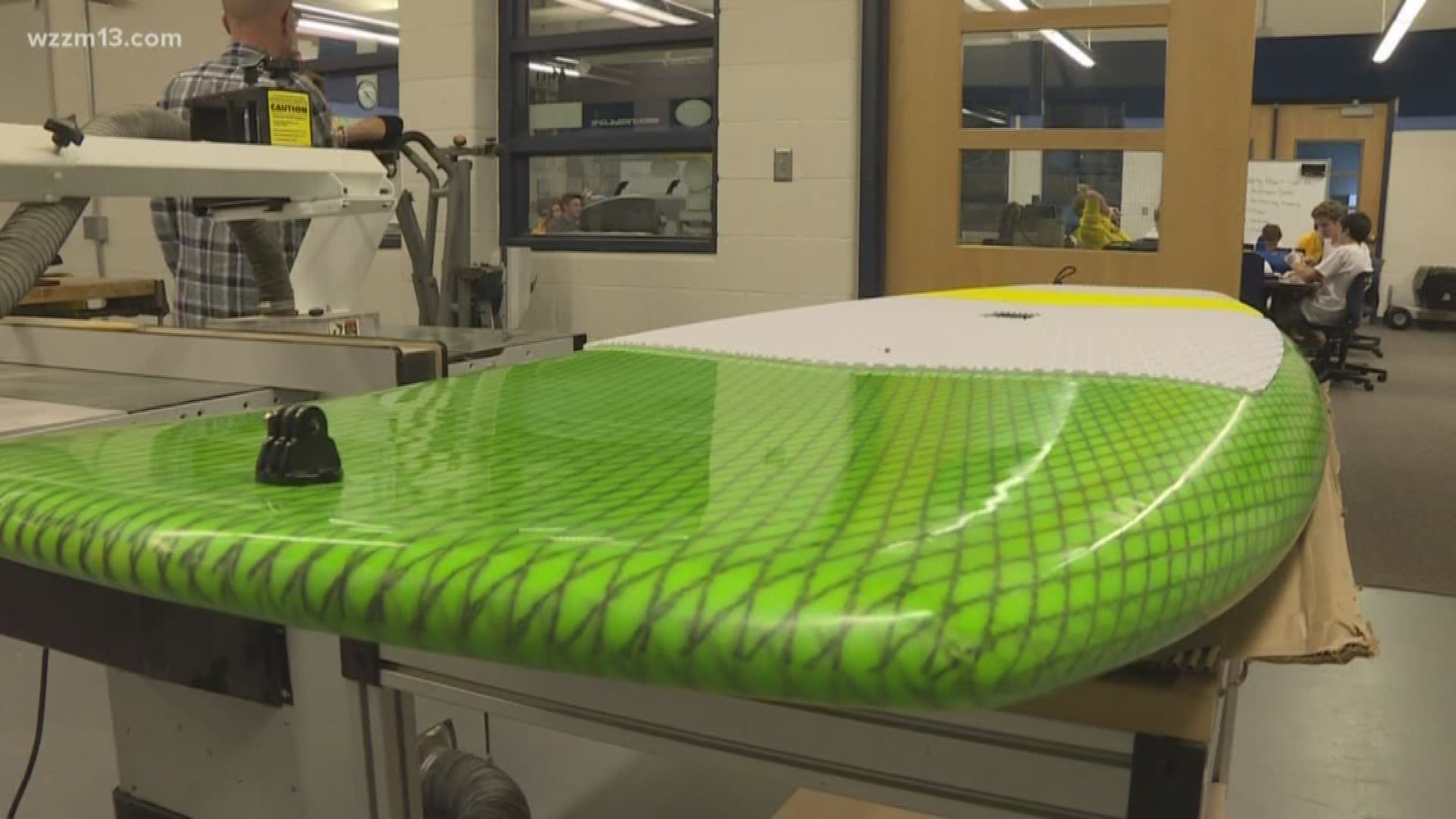